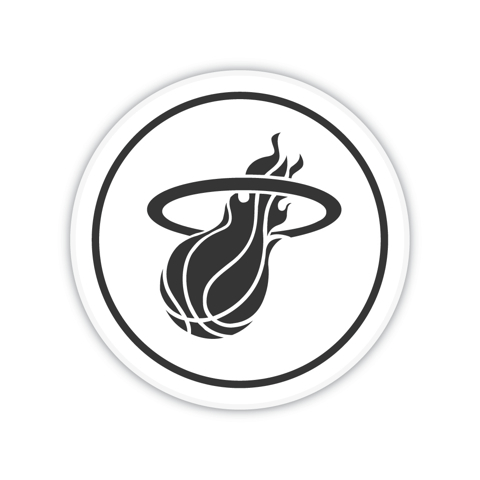 It's about that time to try your luck at scoring individual game tickets for the new NBA season. This just might be your best chance to score tickets for several marquee matchups, unless you have a special fondness for paying more for the same seats right before the game to a third party seller or a ticket broker. Full details about when, where and why right below, straight from the franchise themselves...

MIAMI – The Miami HEAT announced that individual game tickets for all 2011-12 regular season home games will go on sale Friday, December 9th at noon. Ticket prices start at $10 per game and can be purchased at HEAT.com, ticketmaster.com, and via 1-800-4NBA-TIX. There will be an eight ticket limit per order per game. Please note that the Ticket Office at the AmericanAirlines Arena will not participate in the ticket on sale on December 9th, but tickets may be purchased at the Ticket Office starting Monday, December 12th at 10:00 a.m.

The HEAT is once again utilizing dynamic ticket pricing for individual game tickets, placing a premium on high demand games. While $10 tickets will be available for every home game during the regular season, fans will also have the option of selecting games and ticket prices featuring several pricing tiers, all based on the popularity and demand for each individual game. Ticket prices for the games with the most demand will be higher, while games with less demand will be priced accordingly. While HEAT.com will feature a pricing chart outlining the prices for each game this season, fans are encouraged to purchase their tickets early, as prices may change as the actual game date approaches. Fluctuation in ticket prices are based solely on market conditions.

The HEAT begins another highly anticipated year of incredibly exciting basketball led by the All-Star trio of Dwyane Wade, Chris Bosh, and LeBron James. The schedule features a host of exciting contests highlighting the NBA's brightest stars and marquee teams. The home schedule begins when the HEAT take on Eastern Conference rivals, the Boston Celtics on December 27th. Derrick Rose and the Chicago Bulls play the HEAT twice on January 29th and April 19th. Led by Carmelo Anthony and Amar'e Stoudemire, the New York Knicks play guest at the AmericanAirlines Arena on January 27th and February 23rd. The defending NBA Champion Dallas Mavericks make their lone stop in Miami on March 29th. Kobe Bryant brings his Los Angeles Lakers to South Florida on January 19th. Fans can log on to HEAT.com for the complete HEAT schedule.