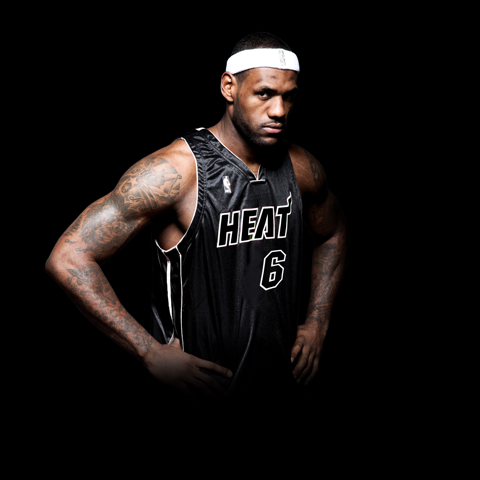 Miami Heat forward LeBron James has taken over the #1 spot on the NBA's best selling jersey list for the first time in his career, supplanting Los Angeles Lakers guard Kobe Bryant. You might recall that Dwyane Wade was #1 himself on the list for two years starting in 2005. Sales figures are only based off of NBAStore.com which isn't the most accurate measuring tool but great for marketing purposes.

Surprisingly, it's the first time LeBron has topped the list in seven years in the league. Perhaps playing in Cleveland really was limiting his marketing appeal or Cavs fans are cheap. All the speculation about him ruining his image during free agency appears to be premature. Of course, the likely reason is because of his new team but I thought there weren't any Heat fans (according to people who don't live in Miami) so who's buying them up?

The Heat as a team were ranked fourth overall in sales.