What to do at Point Guard

Share All sharing options for: What to do at Point Guard 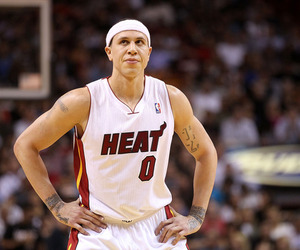 When the Heat signed Mike Bibby in early March and cut Carlos Arroyo, I defended the decision while operating under the assumption that Mario Chalmers would remain the starter. Due to Chalmers’ injury Bibby assumed the starting role and what ensued were six straight subpar defensive games for the Heat. While the Heat actually won five of those games, it was definitely an uncomfortable time for Heat fans. It begs the question, "was it worth it?"

The Heat have been built on a defense-first philosophy ever since Pat Riley arrived from New York. The consistent minutes given to Mike Bibby are a direct violation of that philosophy. While Bibby has produced on the offensive end, the Heat have been porous on defense when he’s been on the floor. The Heat have the league’s fifth best defensive efficiency in the NBA at 103.7 according to Basketball Reference. When Mike Bibby has been on the court, the Heat’s defensive efficiency drops to 114.63, good for dead last in the NBA. The only situations in which Bibby’s defensive efficiency has been passable have been when he’s on the court with LeBron James, Dwyane Wade, Chris Bosh and Erick Dampier or Joel Anthony.

Mario Chalmers does not offer nearly the same offensive production as Mike Bibby, but he has been significantly better on the defensive side of the floor. In his six most used lineups this season, Chalmers’ units have all been better than the team average in terms of defensive efficiency. Three of these lineups have also included James Jones, whose defense has been underrated all season.

What does this tell us? I think it indicates that the Heat have two serviceable point guards who need to be deployed in situations that fit their strengths. Mike Bibby’s offensive production with the starting unit has been stellar. He has filled the role that was supposed to be Mike Miller’s (extra ball-handler/spot-up shooter) nicely. Here’s a quick look at some offensive statistical comparisons:

By playing in the Eastern Conference, the Heat will face solid point guard play throughout the post season. Should the Heat advance to the NBA Finals, they would run the gauntlet of Chauncey Billups, Rajon Rondo and Derrick Rose. How the Heat choose to defend these guards will ultimately determine the playing minutes for Bibby and Chalmers. Expect a heavy dosage of Wade and James on Rondo and Rose, but there will be times where the Heat cannot cross match. In these situations, the Heat will have to rely on Bibby and Chalmers to handle the matchups one on one. To indicate how they might fare, here are some defensive statistical comparisons:

The Heat face many questions in their lineups because so many of the role players have proven to be one dimensional. This is most definitely the case at point guard where Mike Bibby provides a boost to the offense and Mario Chalmers provides a boost to the defense. In a playoff series where possessions are limited and defenses tighten, it will be interesting to see what path the Heat choose. When Bibby arrived, Spoelstra was asked about Chalmers in the starting lineup and his response included the phrase “for now.” Well, when asked yesterday about Bibby starting, Spoelstra said that Bibby will remain the starter “for now.” I wouldn’t be surprised to see a change that leads the Heat back to a more defensive rotation. However, after looking at particular lineups where the Heat succeed, it may be best to have Chalmers come off of the bench. Regardless, “Coach Spo” will have a tough decision to make: try and win with offense or try and win with defense. The guess here is that defense will win out as it usually does with the Heat organization.

Feel free to ask me any questions on twitter @dannymartinez4