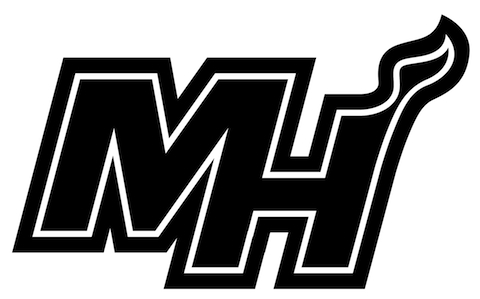 MIAMI – The HEAT announced the schedule for its best-of-seven, Eastern Conference Finals series against the Chicago Bulls. The complete schedule is as follows:

*Games will be played if necessary.

The Third Round of White Hot: The 2011 HEAT Playoffs opens this Sunday, as the HEAT travel to the Windy City for the first two games of the series. Game 1 is scheduled for an 8:00 p.m. tip off. Game 2 will be played Wednesday, May 18th, slated for an 8:30 p.m. start time. The HEAT will then travel back to Miami for Games 3 and 4, where the contests will be played Sunday, May 22nd and Tuesday, May 24th, respectively. Games 5, 6 and 7 will only be played if necessary. Doors to the AmericanAirlines Arena will open two hours prior to game time for games played on Saturday or Sunday and two and one-half hours prior to game time for the game played on Tuesday, May 24. All Eastern Conference Finals games are exclusively broadcast by TNT.

HEATV, the team’s award-winning internal broadcasting unit, will continue to produce HEATVonHEAT.com, Presented by Carnival Cruise Lines, a series of live webcasts that will be streamed exclusively on HEAT.com. These webcasts include live pregame, halftime and post game shows hosted by the team’s broadcast team led by Jason Jackson, Eric Reid and Tony Fiorentino. The postgame shows include live coach and player press conferences, as well as player interviews, game highlights and analysis. Fans can tune in a half hour before tip off to catch the start of the live coverage of HEATVonHEAT.com, Presented by Carnival Cruise Lines.

In addition, WAXY 790 The Ticket will continue to carry all HEAT playoff games with expanded HEAT playoff coverage featuring HEAT Play-By-Play Announcer Mike Inglis, and Color Commentator John Crotty. In addition, 790 The Ticket Morning Drive host Jorge Sedano will broadcast his show (6:00 a.m. – 10:00 a.m.) live from Chicago Monday through Thursday next week. Fans outside the local market can catch the games on the HEAT Radio Network, with coverage in West Palm on ESPN 760 WEFL, in the Florida Keys on 1300 AM WFFG, and 101.7 FM WKYZ, and in Naples/Ft. Myers on ESPN 770 WWCN.

All HEAT playoff games can also be heard en Español on Univision Radio’s WQBA-1140 AM. José Pañeda will handle the play-by-play duties, with Joe Pujala serving as Host/Color Commentator.

Tickets for Games 3 and 4 are still available. Fans can purchase tickets online at HEAT.com, Ticketmaster.com, by calling 1-800-4NBA-TIX, or at the AmericanAirlines Arena Ticket Office.