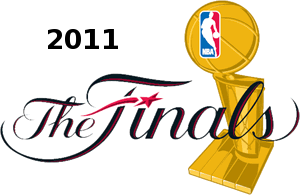 In a rematch of the championship year of 2006, the Miami Heat and Dallas Mavericks will lock horns in this years edition of the NBA Finals.  We may not have thought much of it at the time, but the Heat's 97-79 win over the Toronto Raptors on the final day of the regular season put them ahead of Dallas and now is resulting in Miami getting the home-court advantage in the Finals.  While they might not be doing much right now, Eddie House (35 points) and Jamaal Magloire (19 rebounds) can feel some satisfaction in their teams current situation thanks to their big games against Toronto.