2011 NBA Finals Preview: In the Numbers

Share All sharing options for: 2011 NBA Finals Preview: In the Numbers

That’s how far the Mavericks and Heat are from making it into the history books and take the Larry O’Brien trophy home.

The long and winding road that 82 games bring have molded the persona of each team into the rolling powerhouses that will now clash until only one survives. Who are they really and how did they do?

Ignoring the human intangibles, we can look at each team’s season statistics to see where they finished ranking and what, if anything, it tells us about their game. No stat is conclusive, but laying it out in comparison can give us a general idea of what to expect in this epic clash. Here they are for your enjoyment to conjure your own opinion: 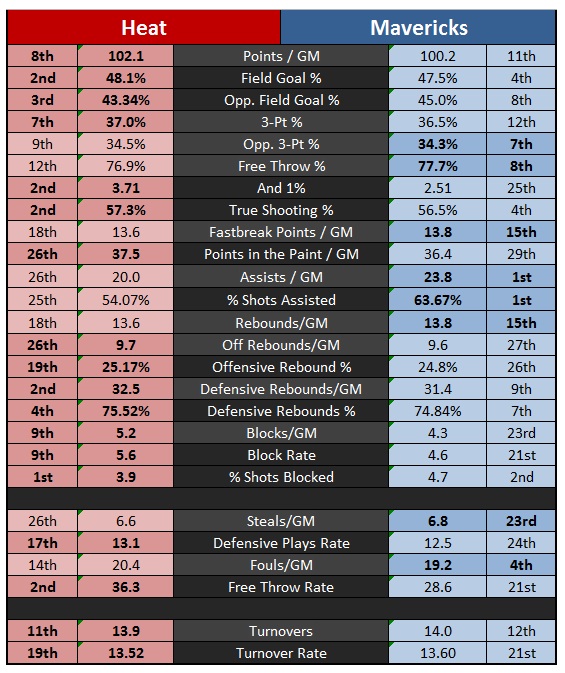 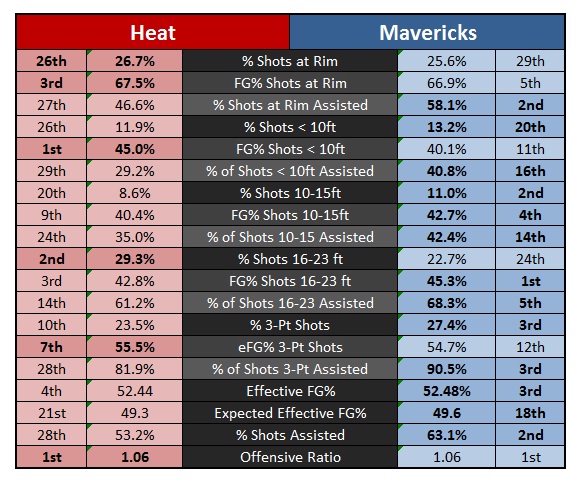 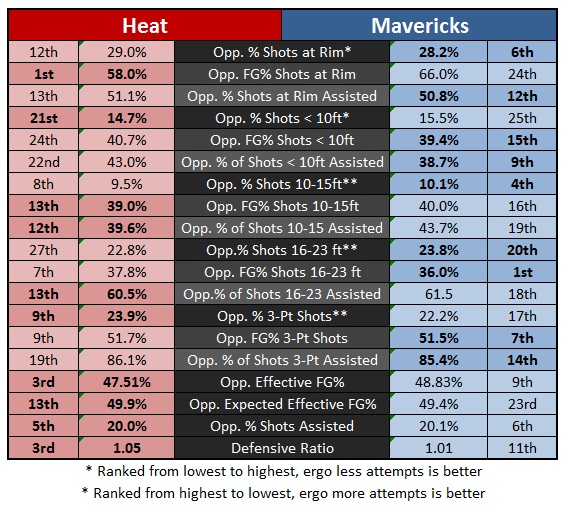