Did The Celtics Get Robbed Or Not At The AAA?

Share All sharing options for: Did The Celtics Get Robbed Or Not At The AAA? 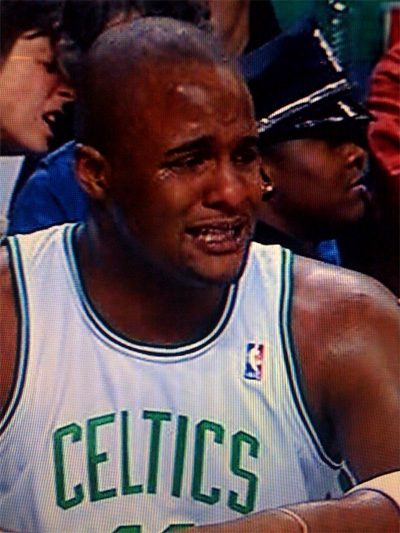 Ah, somehow the plot gets even thicker when it comes to the Boston Celtics.


As reported by Adrian Wojnarowski of Yahoo Sports, Celtics players claimed that someone entered their team bus during the final regular season game between the two rivals in April and made off like bandits.


When the Boston Celtics climbed on the team bus in the bowels of American Airlines Arena late in the regular season, the mood had been thick with anger and disgust over finally losing to the Miami Heat. Only now, several sources said, the Celtics discovered a deeper, knifing violation: Someone had snuck onto the bus and stolen cash and belongings from the coaches' and players' bags.

Even more puzzling is the following tweets that Wojnarowski sent out today after posting his article last night after the Game 2 victory by the Heat:


Heat official says Boston player claimed $1,200 had been taken but player wasn't made available to security/authorities when requested later.


Is it possible they were robbed at their hotel? Was it an inside job by Delonte West? One thing's for sure, the Celtics are losing plenty when they're facing the Heat lately so it might be best to sweep the Celtics so they can stay home in Boston and begin their vacations (or retirements) already and not have any further troubles again down here in Miami.