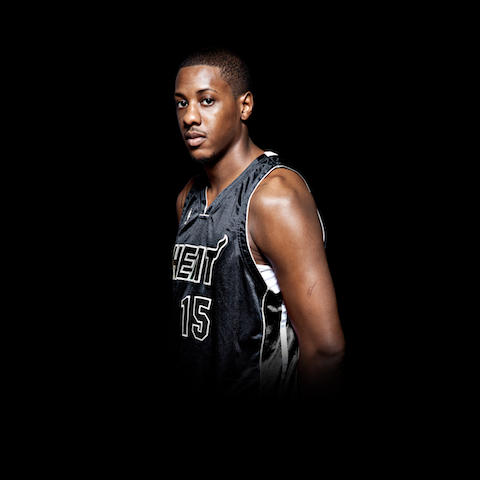 
MIAMI, FL – The Miami HEAT announced today that they have made a qualifying offer to Mario Chalmers, making him a restricted free agent and giving Miami the opportunity to match any contract offer he receives.

Chalmers set a new HEAT record this season after dishing out 13 assists off the Miami bench at Toronto on April 13, the most from a non-starter in franchise history. He also currently holds the HEAT all-time record for steals during a regular season game with nine vs. Philadelphia on November 5, 2008 and tied the franchise mark for steals during a postseason game with five vs. Atlanta on May 1, 2009. Additionally, during his rookie campaign, he became just the fifth player, and the first rookie, in franchise history to start in all 82 games while on his way to earning Second Team NBA All-Rookie honors.

Chalmers was originally drafted by the Minnesota Timberwolves in the second round (34th overall) of the 2008 NBA Draft. His draft rights were acquired by the HEAT in exchange for two 2009 second-round draft picks and cash considerations on draft night.