Share All sharing options for: James Jones Opts Out 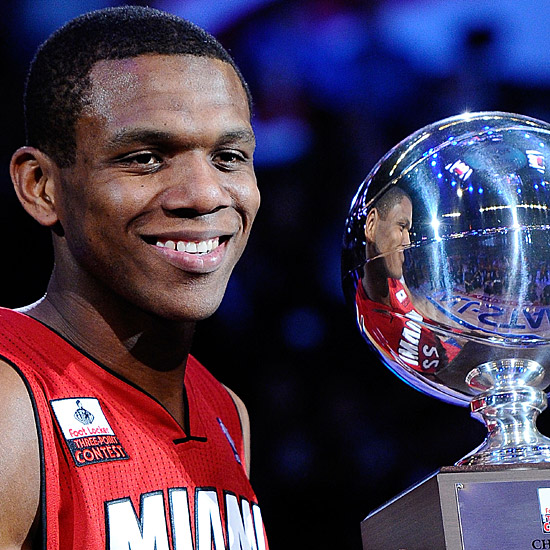 James Jones decided to opt out of his contract Wednesday, surprising the Heat organization and many Heat fans. Jones was set to earn $1.3 million dollars had he exercised his player option. Jones originally signed a four year contract with the Heat that was up worth to $23 million. After two subpar seasons cut short due to injury, Jones was bought out by the Heat, only re-signed prior to last season. Between the buyout and subsequent contract, Jones was earning two paychecks from the Heat last season and was set to do the same in 2011-2012.

Jones’ decision to opt out stunned many, but really shouldn’t have.  Jones put up his best season since the 2007-2008 season that earned him his big pay day.  He shot 42.9% from three, while playing nearly 20 minutes per game.  This is the type of production the Heat expected when they originally signed him.  Under the collective bargaining agreement that was in use this past season, Jones was underpaid.

The most similar player to James Jones was probably Spurs forward Matt Bonner.  Bonner and Jones shoot similar percentages from the floor and don’t do much else.  James made himself into a solid team defender, excelling at rotating and help defense, but he’d never be considered a defensive stalwart.  If Bonner (the same age as Jones) is the comparison, then it is not difficult to see why Jones opted out.  Matt Bonner will make around $7 million the next two seasons, both guaranteed.  By opting out, Jones gives himself options that may otherwise not have enjoyed.

Jones clearly has something left to offer.  Unfortunately, with Mike Miller getting healthy this offseason, Jones will most likely become the sixth man in the Heat’s perimeter rotation (behind Chalmers, Cole, Wade, James and Miller).  While I wouldn’t shut the door on a possible return, I wouldn’t be upset if Jones decided to leave town.  He took a hometown discount last season, played well, and now deserves a raise.  It just may happen that the Heat cannot offer it to him.  It is a situation worth monitoring during the offseason for Heat fans.  Jones would be a nice insurance policy going forward, considering Mike Miller’s myriad health issues the past two seasons.