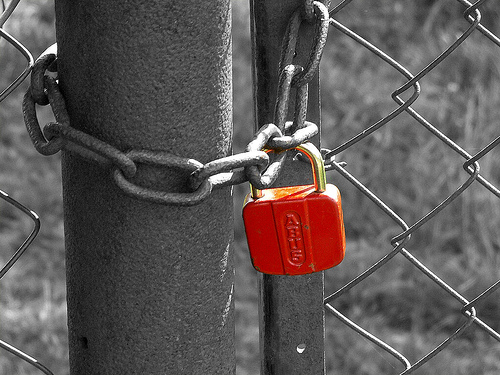 Since the conclusion of the NBA Finals, everyone’s focus has been squarely on the lockout. Whether we like it or not, the NBA’s collective bargaining issues will be at the forefront of any basketball discussion for the coming months. There is no end in sight, and at the moment there is very little communication between the Players Association and owners. As with any labor dispute, the central issue has been the financial state of the game. The league claims to be losing in excess of $300 million, while the players insist those numbers are dramatically inflated.

In late June Tommy Craggs of Deadspin obtained limited financial records of the New Jersey Nets and published findings that supporting the players’ claims. Shortly thereafter, Nate Silver of the New York Times’ FiveThirtyEight blog used financial figures provided by Forbes to further bolster the players’ case against the owners. These two pieces included lots of accounting language that many fans, myself included, probably didn’t fully grasp, and as it turned out, neither did the authors. That isn’t to say that Nate and Tommy were wrong. They were just working with limited data and knowledge, not exactly the recipe for success. Where does all of this leave us, the NBA fans? Basically right where we started, that’s where.

I am not going to pretend to understand exactly what’s going on.  I don’t work in the operations department of any NBA team, and I’m obviously not an NBA player, but that doesn’t mean I can’t have an opinion.  I may be oversimplifying things, but I think there’s one decision that needs to be made before any true progress can be made.  The NBA owners need to decide how they want to run their teams, as toys to show off to their friends and celebrities, or as fully functional businesses with the stated intention of generating profits.

For as long as they have roamed planet Earth, men have been egotistical creatures.  Bigger, stronger, faster trump all.  Cars, boats, houses, women, you name it, have all been used as social measuring sticks.  In the last few decades, there is no doubt that owning a sports franchise, and in this case an NBA franchise, has become a status symbol.  Who wouldn’t want to sit courtside drinking an adult beverage while chatting up a celebrity? It must be great fun.

With all the fun being had, very few teams, have ever been run like actual businesses.  Want proof? Here:

That is every NBA team, with each of their worst contracts.  Look through the list.  It’s hard to highlight what deal was praised at the time.  Max contracts given to Adrei Kirilenko, Rashard Lewis, Gilbert Arenas and Joe Johnson were mocked.  Mid-level deals given to Drew Gooden, John Salmons and Travis Outlaw induced much laughter in NBA blogosphere.  The Richard Jefferson extension… well… let’s just keep moving.  Front offices didn’t value any of these players properly, despite the numerous amounts of information available to them.  In that list you’ll find many teams that are claiming to lose money, but how are we supposed to feel bad for them?  How can Milwaukee, a small market franchise, rationalize the deal given to Drew Gooden this offseason?  What about New Jersey paying Travis Outlaw $7 million a year?  Craziness.

NBA owners are all very smart men.  Most have made their fortunes elsewhere, clearly exhibiting keen business sense and the ability to make good decisions.  I have a hard time believing that organizations attempting to turn a profit would allocate their funds as so many have over the course of the last decade.  They have operated their vehicles of fun and exuberance without regard for impending financial repercussions.  But now, as the dips into red grow larger and the blinding light coming from the upcoming TV deal blinds the owners, business sense reigns supreme.

The choice between toy and business is the one the owners have decided to make in my mind.  I can support them picking business, just as long as they don't continue to operate under the premise that it's what they’ve doing all along. Because they weren't, and we all know it.