MIAMI, FL – The Miami HEAT today announced the promotion of Nick Arison from Vice President, Basketball Operations to the newly created position of Chief Executive Officer. In his new role, Arison will oversee the day-to-day operations of the franchise and report directly to Micky Arison, who will remain the team’s Managing General Partner and Governor at the NBA’s Board of Governor meetings. Nick Arison has been a limited partner of the team and has served as the alternate governor since the 2005-06 season. The move is a natural progression for Nick, who has grown up with the HEAT. His grandfather, Ted Arison, was one of the team’s original founders and his father, Micky, bought the controlling share of the franchise and was named Managing General Partner on Feb. 13, 1995. Nick first started working for the organization as a team attendant for four seasons from 1995 through 1999, and upon his graduation from Duke University became a full-time staff member in 2003.

"This is something Nick has been working towards his whole life. He’s more prepared for this job than I was at his age when I became CEO of Carnival," expressed Micky Arison. "I have the utmost confidence that Nick will continue to lead the HEAT as a model NBA franchise for many years to come." 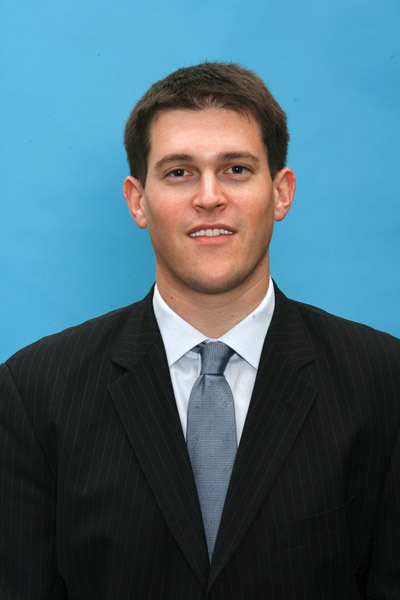 Nick Arison has served the HEAT in a variety of positions over the years, learning the business from the ground up. After first joining the HEAT as a team attendant and later serving summer internships in the Arena Operations, Community Affairs, and Sales and Marketing departments, he became a full-time staff member on the business side in 2003 as an Account Manager, Premium Partnerships. In 2006, he was promoted to Director, Corporate and Premium Services where he oversaw the Account Management Team. Prior to the 2008-09 season he was named Vice President, Basketball Operations where he worked directly with HEAT President Pat Riley and Assistant General Manager/Senior Vice President, Basketball Operations Andy Elisburg in overseeing the basketball side of the organization and played an active role in the recruiting and procurement of talent.

"I have been working for the Arison family for 16 years," said Riley. "The Miami HEAT is truly a family organization and that is what makes it a desirable franchise to work for. The HEAT are the Arisons. Like his grandfather Ted and father Micky, Nick is an extraordinary, special young man and will serve the HEAT in a highly professional manner as those men did. Congratulations to Nick. He has earned it."

"Micky, Nick and I have discussed this possibility for the last year, so I am not surprised at all by Micky's decision. Nick has worked very hard over the last eight years and is prepared for this opportunity," continued Riley. "As far as the decision making process goes concerning coaches, training staff and players, that will remain my responsibility as it has the last 16 years. Over the years, we as a front office have always come to a consensus, along with Micky and Nick, on personnel moves and Nick has played a major role in those transactions. I will continue to support Nick in all ways possible".

“Nick has certainly earned the respect of the basketball community through his leadership in the operations of the Miami HEAT,” said Duke University head men’s basketball coach Mike Krzyzewski. “I’m thrilled for the organization in recognizing his hard work ethic, lofty visions, and commitment to the profession. I consider Nick and his family to be very close friends and we’ve been fortunate to share several championship experiences together at Duke University (2001 NCAA Championship) and with the U.S. National Team (2008 Beijing Olympics). As the CEO of the HEAT, I am positive that Nick will continue to help lead the franchise towards its goal of winning another NBA Championship as well.”

Arison began his basketball career while attending Duke University. He spent four years as a team manager of the Blue Devils men’s basketball team and was named the head team manager during his senior year. Over that four-year span, Arison became the only team manager in Atlantic Coast Conference history to be a part of four straight ACC Championships and was a manager for Duke’s 2001 NCAA Championship team.

“I’m very excited and thankful for this opportunity and look forward to a seamless transition in my new position,” said Nick Arison. “Pat Riley is one of the greatest coaches and leaders in NBA history and will continue to run the basketball side of the team and Eric Woolworth the business side, just as they have for my father.”

A native of Miami, Arison graduated from Duke with a BA in public policy and a certificate in marketing and management.