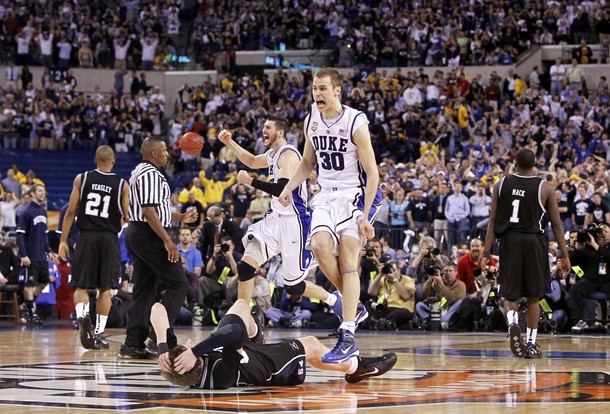 After going undrafted last summer, Scheyer signed on with the Heat almost exactly a year ago, just a week before LeBron James, Chris Bosh and Dwyane Wade made their decisions to join the Heat.

As told to ESPN.com, Scheyer's "decision" had its own mini-controversy.

"Oh man, the first thing that happened after LeBron decided, all my best friends were texting me, 'Only you would go to the most hated college team to the most hated pro team,'" he said. "They were mad they might have had to root for the Heat after rooting for Duke."

Ultimately, his dreams of being the Heat's "Steve Kerr" ended with one swipe to his face in the second game of Summer League play in Las Vegas.

I had just arrived in the city and missed the Heat's first game of the tournament the day before, one in which Scheyer had made the game winner. Out of all the Heat players besides Dexter Pittman, I was most intrigued with Scheyer's game and was eager to see him in action. Within minutes of playing in the second game, Scheyer went down on the court and stayed down after a seemingly-harmless foul was called on Scheyer's defender who tried to poke the ball away from him at the three-point line. 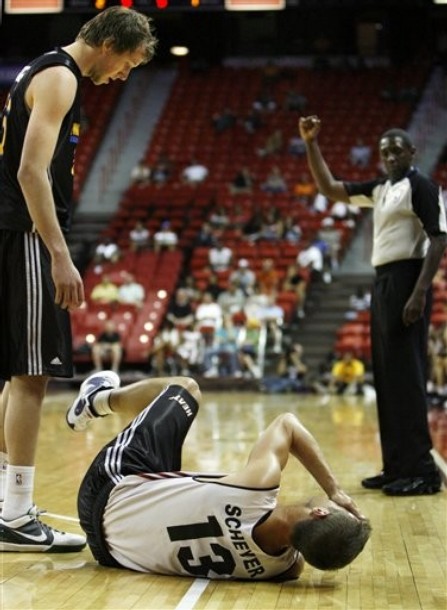 From my vantage point at the sidelines, it certainly didn't appear that Scheyer had actually been injured but the damage done was far greater than anyone could have imagined. The Heat quickly sent him home with what was thought to be a laceration of the eyelid. In reality, he had suffered optic nerve damage and a tear in the retina which impaired his vision and kept him off the court for months.

Having already suffered through mononucleosis during pre-draft workouts, Scheyer's injury caused him to be out-of-shape and unprepared when the Los Angeles Clippers offered him a training camp invitation. After getting cut from the final roster before the NBA season began, Scheyer went back to working on his game to take several months off and turned down offers to play overseas until he was completely ready to return to play basketball. He ultimately played last season for the Rio Grande Valley Vipers, the Houston Rockets D-League team, for the final 16 games of the season and needed to wear goggles.

A year after his freak injury, he is now with Maccabi Tel Aviv and has a great opportunity to truly kickstart his professional career.

"They had a great season last year and I want to build off that this year," Scheyer told reporters a day after arriving in Israel for the first time.

"At Duke, we had a target on our back every day. Expectations are high too. When you lose a game, it's a big deal at Duke. I think that is very similar to how it is here. I am used to those expectations, and I just want to live up to them."

Only time will tell whether he will get a shot at the NBA later on his career, though there were plenty of times during the season where the Heat could have used a sharpshooter of his caliber who was a proven champion in high school and in college. With Scheyer already a long shot to make the Heat roster when he signed on for the Summer League, his injury marked the end of his tenure with the team and soon after the Heat signed free agent Eddie House.