Share All sharing options for: Wade Could Play Overseas

Amid reports that Deron Williams agreed in principle to a one-year deal at $5 million to play for the Turkish professional basketball team Besiktas if the lockout extends to the fall, Dwyane Wade has said that he would consider playing overseas, as well. 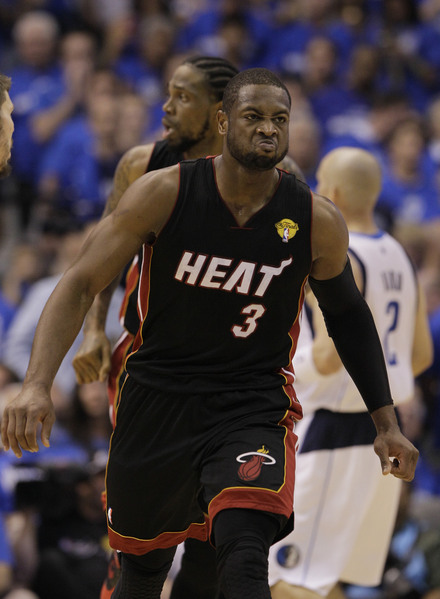 At first glance, this statement seems puzzling coming from Wade. Guaranteed NBA money – nearly $93 million for Wade if he does not opt out – would not be protected in the event of an injury overseas. Although the 2006 NBA Finals MVP has played in at least 76 games for the past three seasons, he has battled injuries in the past. Moreover, the contract he signed with Miami a year ago will probably be Wade’s last large contract – he will be 34 at the end of his contract if he doesn’t opt out.

Just like in the NBA, Wade would have a bull’s eye on his back. The overseas players would love to prove that they can play with some of the NBA stars and won’t take the competition lightly. The culture, particularly the language barrier, could also be an adjustment for U.S. players who may find that visiting Europe and living there are different.

Playing overseas would provide Wade the opportunity to expand his "brand," though. Kobe Bryant and LeBron James are probably the two most famous basketball players abroad, and Wade may feel that this chance could give an unprecedented amount of reach to the various products Wade endorses and his own image.

If the 2011-12 season becomes a truncated 50-game season without a month of practicing before the regular season starts – like what happened during the lockout-shortened 1998-99 season – Wade would have the advantage of coming back to the NBA in shape. If he stays healthy, Wade could give the Heat a better chance of securing the top seed if he’s in game shape while the competition isn’t.

Keep in mind that Wade spoke in purely hypothetical terms. Besides, no team has offered Wade a contract. Yahoo! Sports’ Adrian Wojnarowski said that Besiktas hopes to pair Williams with Kobe Bryant, and Bryant is open to the offers. New York Knicks union player representative Roger Mason Jr. said that Carmelo Anthony and Amar’e Stoudemire have at least inquired about the possibility of playing overseas. Still, it remains unknown whether enough foreign teams have the financial wherewithal to lure stars away from the States.

Williams and Wade may not even play a game overseas and instead bluff to support the players union. One school of thought says that the big market owners in the NBA – including Miami’s Micky Arison – do not want drastic changes to the just-expired collective bargaining agreement. The threat of stars leaving could get the owners to blink. An injury may hurt Wade, but Arison knows that Wade sells tickets. Mikhail Prokhorov hopes to bring his Nets franchise to Brooklyn with Deron Williams as the centerpiece.

We don’t know whether these stars are serious or bluffing. Only time will tell (hopefully not too much time).