Jordan Flight Tour In China Rolls Through Chengdu and Hangzhou

Share All sharing options for: Jordan Flight Tour In China Rolls Through Chengdu and Hangzhou 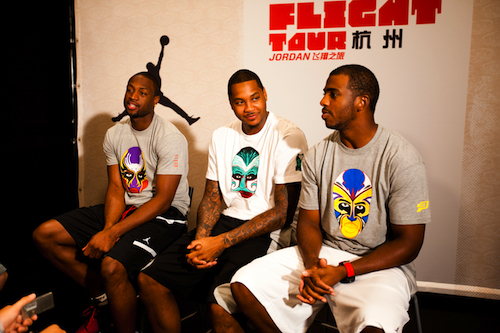 
Team Jordan athletes Carmelo Anthony, Chris Paul and Dwyane Wade have joined forces to take part in the JORDAN BRAND FLIGHT TOUR, a four-city tour through China celebrating the game of basketball within local communities. Throughout the JORDAN BRAND FLIGHT TOUR, Anthony, Paul and Wade will make special appearances and interact with fans at consumer events, as well as participate in a variety of skills challenges and shooting contests to help attendees elevate their own game. In addition, the trio will be on hand to help the Brand introduce China specific editions of their signature products that takes inspiration from the Chinese culture as well as the athlete's style of play. The special designed footwear and apparel will be available beginning on Wednesday, July 27 in Hong Kong; on Friday, July 29 in Chengdu; on Sunday, July 31 in Hangzhou; and on Tuesday, August 2 in Beijing.

The second quarter of the Jordan Flight Tour brought the team to Chengdu. Once on the ground both Melo and CP got up close and personal with China's national animal, the panda at the Panda Park. The cultural experience continued from there as the athletes were treated to a traditional Face Changing Show at Chingdu's renowned Tea House. To conclude their performance, the dancers presented both Melo and CP with authentic versions of their Flight Tour masks. The day concluded with the athletes participating in a media Q&A at the Chengdu Houzimen store and as coaches for some lucky ballers during the Chengdu consumer Summer Night event.

The last day in Chengdu featured Melo and CP taking the 19 and under Chinese All-Stars through an intense workout that included passing and dribbling drills and several scrimmages. Later that evening the athletes witnessed a Sichuan Opera performance and the Under 19 Chinese All-Stars finals game. Immediately following the game two lucky fans got the opportunity of a lifetime when they played two-on-two against Melo and CP. 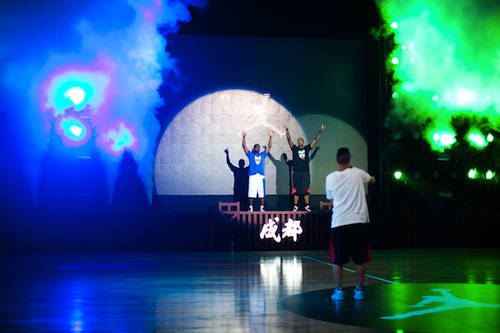 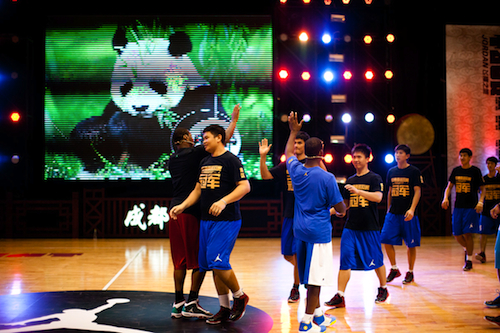 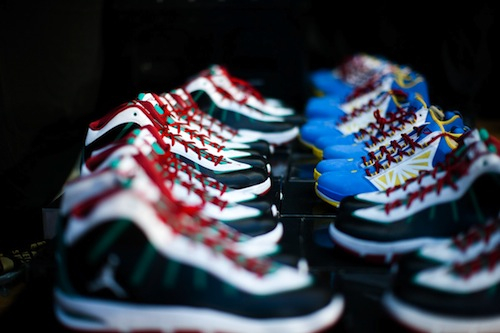 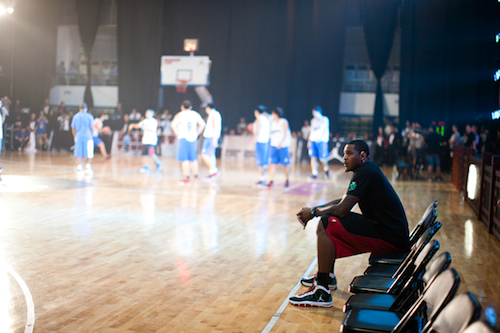 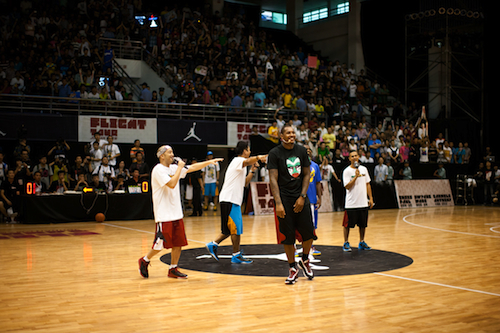 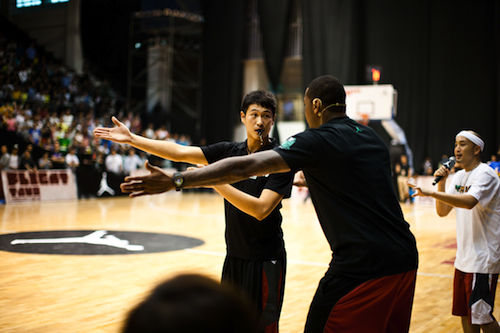 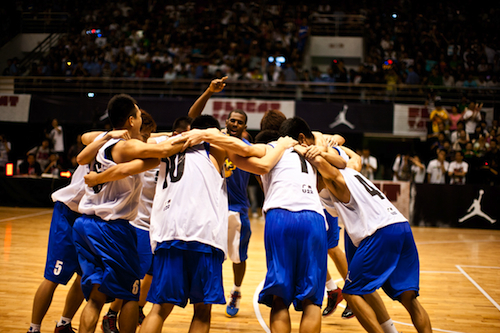 The amount of energy and excitement radiated by the Jordan fans on the Jordan Flight Tour's third stop in Hangzhou matched the cities scorching temperatures during the two day visit. During the first day, Dwyane Wade joined Carmelo Anthony and Chris Paul on a scenic boat tour along picturesque West Lake. The players learned about the Lake's history while they admired the eclectic architecture, beautiful gardens and lavish temples that surrounded the lake.

Day two saw the players return to the hardwood as they took members of Hangzhou's 22 and under national team through various offensive and defensive drills. After practice the real fun began as three kids squared off against Team Jordan in an entertaining game of three-on-three. Later that evening Team Jordan athletes Carmelo Anthony and Chris Paul returned to the coach's corner for an epic rematch. With Dwyane Wade playing the role of commentator/ referee, the game was equal parts competitive and entertaining. The players left everything they had on the court and the crowd let them know it by cheering vigorously throughout the game. Though Chris Paul's team won in overtime, everyone in attendance witnessed a basketball experience they will never forgot. 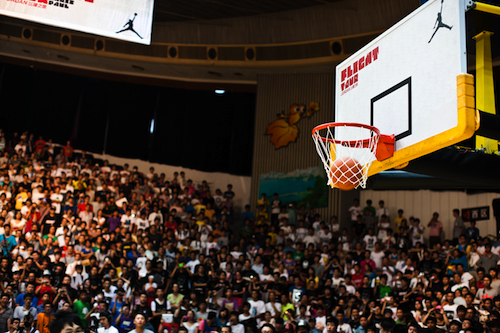 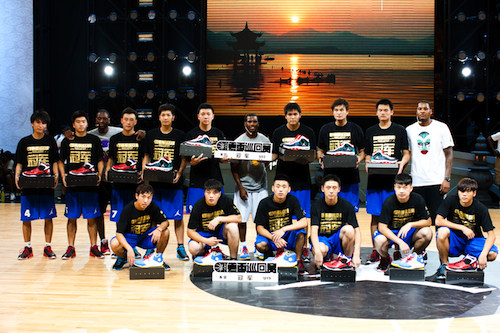 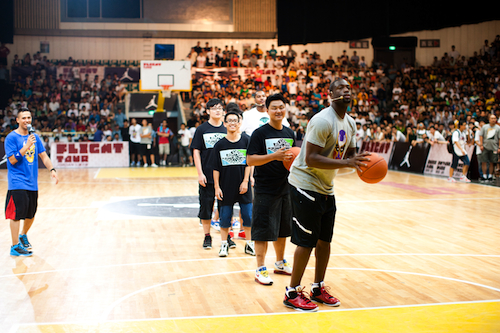 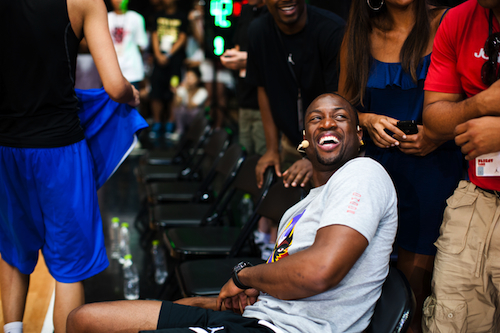 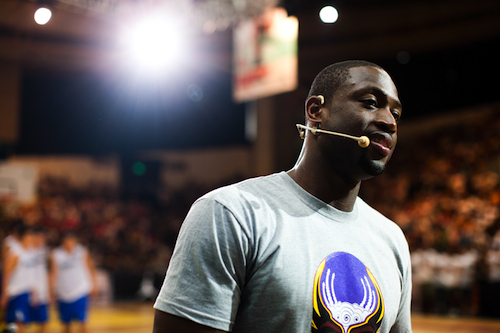 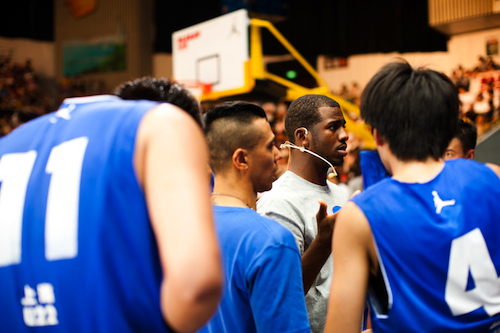 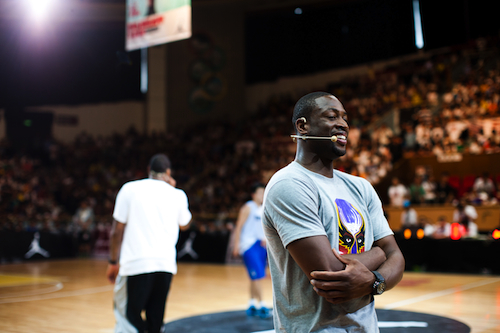 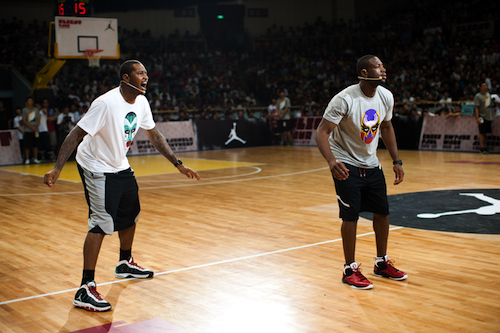 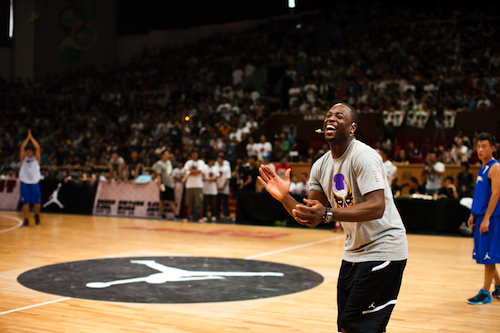 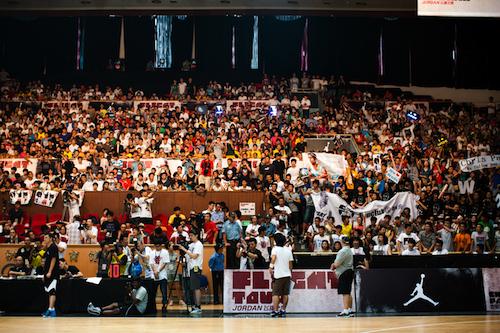 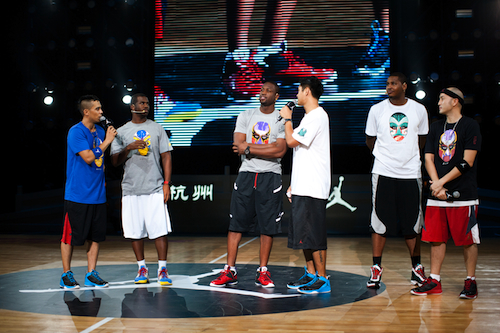 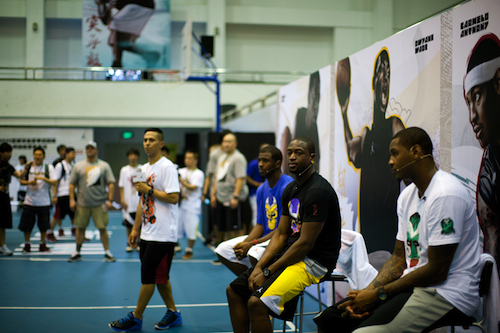 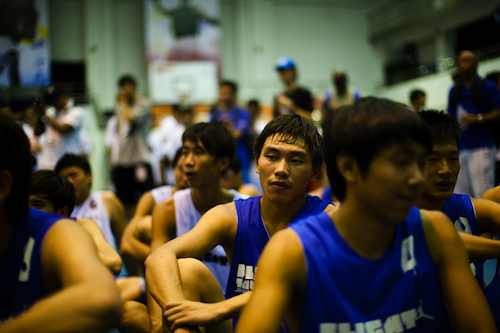 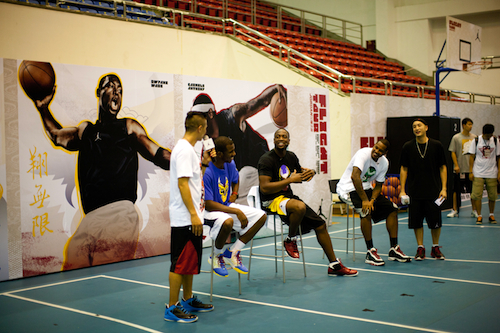