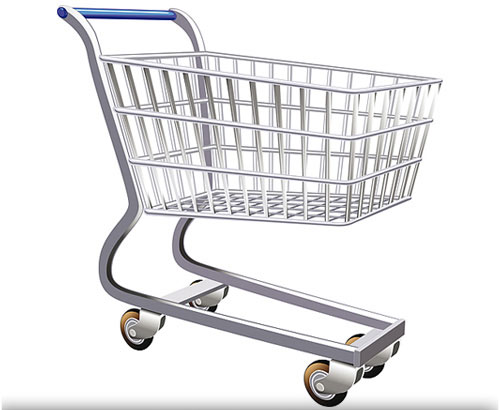 At the start of the 2009-2010 NBA season I was bored while away at school. It was a typical lazy afternoon, only this on this one I somehow ended up over at eBay. A little while later I was the proud owner of a #32 Harold Miner jersey. It wasn’t a huge deal (Harold wasn’t particularly good at anything but dunking), but I liked the idea of owning some weird Heat jersey that few people had. That purchase led to many more, and if you follow Hot Hot Hoops or me on twitter you may have seen my small but strange jersey collection on display last week. It includes two Harold Miners (32 and 4), Tim Hardaway, Alonzo Mourning, Michael Beasley (of the EL HEAT variety) and a retro Dwyane Wade. I don’t know why I own these, but I do, and thought some of you readers would like to own some weird stuff too. Here’s a little rundown of Heat gear you can get your mitts on if you scour eBay.

Old school Heat jerseys hold a special place in my heart (obviously). Among the classics are Alonzo Mourning (red and black) and Tim Hardaway. It is impossible to go wrong with either player, both of whom have their jerseys hanging in the rafters. If you’re like me and remember the legend of “Baby Jordan” growing up, get your hands on a Harold Miner jersey (hey, a different size!). It’s always good for a chuckle or two at the arena. The numbers 3 and 40 will go down in Heat history as franchise greats and world champions, but there were people who wore those numbers before Mr. Wade and Mr. Haslem. I present to you Steve Smith and Kurt Thomas. What about a random Jamal Mashburn reference? I bet he hadn’t crossed your mind in a while. All of those jerseys are nice, but none of them come close to the perfection attained in this Keith Askins jersey. Keith is a Heat lifer and wears blue tinted glasses, what more could you ask for? Maybe the most hilarious starter on an NBA Champion ever, Mr. Antoine Walker.

If those jerseys weren’t different or exciting enough for you, go snag a 1994 World Championship Zo jersey. That US team won gold by smoking the competition for ten straight days. As if that wasn’t unique enough, there’s even a Pat Riley jersey (Riles wore 12 for most of his career, but 42 is also available).

The jersey prices have gone up significantly in the last two years, so if you want some old Heat gear that’s a little bit cheaper, a poster may be just what you’re looking for. As with the jerseys, I’m partial to older posters. The team poster from the inaugural season is hilarious, and the shorts are very short. I actually own this poster from the 1991-1992 season, and I too “Hope You Had As Much Fun As We Did!” Again from the Baby Jordan files, a beautiful shot of Harold Miner getting ready to slam on home. Finally, here’s a neat look that Surya tweeted out yesterday or everyone’s favorite Heat player, Dwyane Wade.

The one old Heat jersey I see regularly around American Airlines Arena is that of Glen Rice. A fan favorite, Glen’s sweet stroke lives on in Heat lore forever. There are multiple Rice jerseys for sale, some authentic and some replica. If a jersey is out of your price range, a shirsey may be the better route. Or how about a Rice figurine throwing down a reverse jam (why isn’t he shooting a three???).

Many of us throw away game giveaway t-shirts. Not this fellow. He decided to sell his awesome 1993-1994 Heat shirt on eBay. I wish I could tell you what’s going on with this pair of pants, but I think it’s just a whole lot of awesome. If you don’t want to be cliché and buy a pair of LeBron or Wade shoes, take a look at the unbelievable Nike Air Bakin shoes that were worn by Tim Hardaway.

I don’t really know what would posses someone to desire the Heat logo on their breakfast toast, but if that’s your thing I’ve got you covered. Another interesting find was Miami Heat toilet paper. I DID NOT think that they would ever find a way to make that. Bobbleheads were cool for a while, and a bobblehead holding a Finals trophy is still cool (yes, that’s Gary Payton). Last but not least, here’s an awesome Brian Grant bobble head. Brian seems like the nicest guy in the world, and as you know was diagnosed with early-onset Parkinson’s disease. If you don’t want to spend your money on the things listed above, maybe you’d like to help out Brian and his Shake It Til We Make It! Event or the Brian Grant Foundation.