How the Luxury Tax Will Affect the Heat

Share All sharing options for: How the Luxury Tax Will Affect the Heat 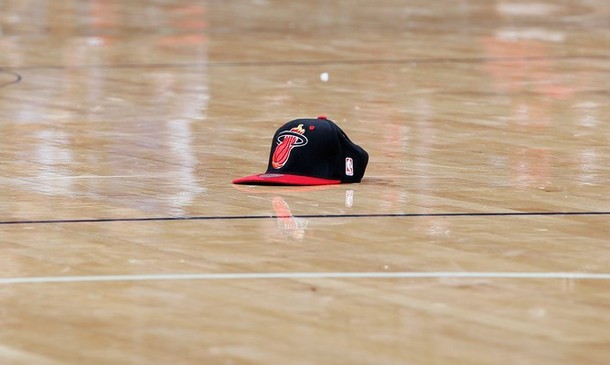 You've probably heard by now that the new CBA's luxury tax rules will have adverse effects on well-constructed teams like the Thunder and the Heat. One thing that hasn't been discussed in depth is how exactly these teams will be affected by the tax. You probably won't notice any big difference this season or in 2012-13, as the dollar-for-dollar tax rules from the previous CBA will remain in effect for those seasons. It's in the following seasons that you will begin to see the effects.

Remember, the Heat were taxpayers during the 09-10 season. Thus, they will satisfy the repeat offender (exceeding the luxury tax in 4 of the past 5 years) clause by the conclusion of the 2013-14 season, assuming Miami exceeds the tax in each of the next 3 seasons. Starting with the 2013-14 season, teams who go $5 million or less over the luxury tax threshold will pay $1.50 for each dollar they exceed the limit by. Repeat offenders (e.g. the Heat), however, will pay $2.50 for each dollar over the luxury tax limit.

Teams exceeding the threshold by $5-10 million will pay a standard tax of $1.75 or a repeat offender tax of $2.75. The further over the limit teams go, the more punitive the penalties get. For teams $15-25 million over the tax threshold, the repeat offender fee is $4.25 for every dollar. A team that goes $20 million over the luxury tax would pay the league an additional $85 million. In lieu of a hard salary cap, the stricter luxury tax rules were the owners' way of discouraging "super teams" while subsidizing the league's less profitable (i.e. small market) teams. It's safe to assume Heat owner Micky Arison won't hesitate to exceed the luxury tax this season and in 2012-13, as the penalty for doing so isn't nearly as severe as it will become thereafter.

Fast forward to the 2013-14 season. This is where things will get interesting for Miami. Mike Miller has about as good a chance of being on the Heat's roster at that point as I do. He will still earn his $6.2 million salary somewhere, but the Heat will almost certainly exercise their amnesty clause, which allows teams to release one player without having his salary count against the team's cap, on him. Assuming that takes place, the Heat still have $69.5 million (almost $57 million of which will go to the James-Wade-Bosh trio) committed to 9 players for the '13-'14 season.

As Ira Winderman mentioned in his column on the Heat's luxury tax situation, Arison is not willing to go too far over the tax in the name of winning. So the question becomes: What will the Heat's roster look like in 2013? Winderman seemed to hint that either Wade, James or Bosh would be shipped out. I don't see that happening, particularly if the Heat win a championship this year and/or next.

If Pat Riley winds up trimming payroll to avoid the sharp teeth of the new luxury tax, the role players will be shown the door first. Think Mario Chalmers, Udonis Haslem (as much as that pains me to type) and Shane Battier. Chalmers' '13-'14 salary is a team option for $4 million, so he may be expendable if Norris Cole is ready to take over the starting job. All three have reasonable (i.e. tradeable) contracts and would be competent rotation players for just about any NBA franchise. And while the departure of any of those role players would create a void in Miami's rotation, losing Wade, James, or Bosh would break up an elite core that will have built 3 years of chemistry entering the '13-'14 season. Frankly, the longer Miami's Big Three play together, the more the Heat can afford to treat the complementary players around them interchangeably.

Should that situation play out, expect the Heat to put a greater emphasis on finding low-cost players via the draft and undrafted free agent signings. You'll see a lot more Terrel Harris types than Eddie Houses. There will always be past-their-prime veterans willing to join the Heat and chase a ring for the veteran's minimum, but a substantial gulf exists between the salary of an undrafted rookie and a 10-year veteran. In 2013, the rookie minimum will be $490,000 while players with 10 years of experience are guaranteed $1.4 million. Throw in the fact that the Heat will almost definitely be a repeat offender tax-paying team, and the cost of adding additional players multiplies quickly.

Just for fun, let's say the Heat are $9.5 million over the luxury tax and need to add a player to the roster. Veteran Free Agent X is willing to take that $1.4 million minimum salary. But adding him would put the Heat $10.1 million over the tax (the league reimburses teams for a portion of 1-year contracts given to players with 3 or more NBA seasons), and the team's status as a repeat offender would mean that they would pay $3.50 for every dollar over the tax they go. Thus, the Heat's luxury tax bill alone would skyrocket to $35.3 million. Contrast that with what it would cost to sign a 2nd-round or undrafted rookie. Paying him the $490,000 minimum, the Heat would stay under the $10 million mark. Thus, their repeat offender multiplier would be just $2.75 instead of $3.50. In that scenario, the Heat's luxury tax payment would be $26.1 million. So the actual cost of adding $1 million in salary could be as high as $10 million for a repeat offender. The financial implications lead me to believe that Arison and Riley will choose to keep the Big Three together, but cut costs around the fringe of the roster. It's not an ideal solution, but it might be the only way for the Heat to maintain its status as championship contenders.

For those of you wondering, Harris is a restricted free agent after this season. Should he continue his steady play (I know, it's only been ten games), he could be lured away by a lucrative offer similar to the scenario that played out when Wesley Matthews left Utah for Portland after his rookie year. That's looking pretty far into the future, but it seemed apropo given the highly speculative theme of this entry.