Check out the first images released of the official Miami Heat championship ring designed by Jostens.

Want to get in on the action? The Championship Collection is available for purchase right here. 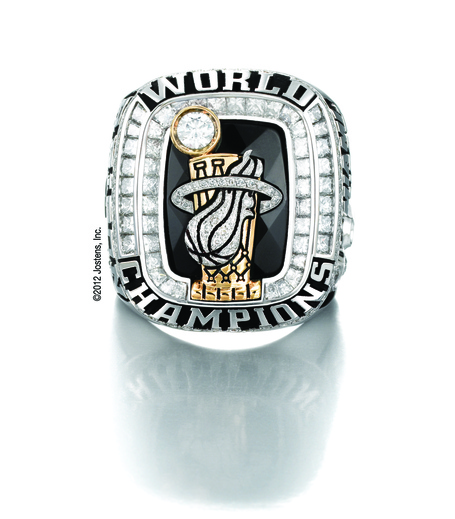 The words "WORLD" and "CHAMPIONS" frame the top of the ring and are surrounded by 46 custom cut princess cut diamonds. Flush and set around the rest of the ring top are 98 round brilliant cut diamonds. 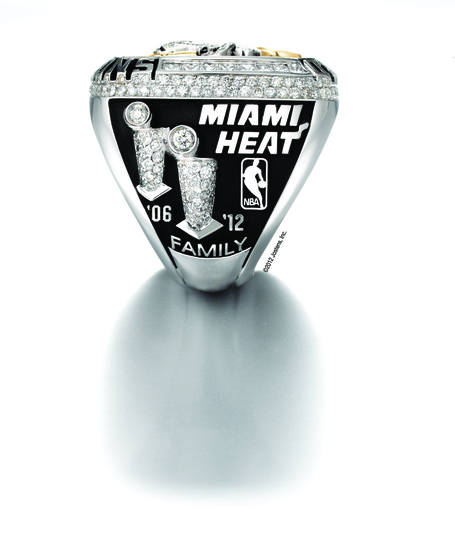 Features two NBA Championship Trophies set with 43 round brilliant cut diamonds representing the 2006 and 2012 Miami HEAT NBA Championships. "FAMILY" is inscribed below the two trophies and embodies the tight-knit organization's belief that everyone is a part of the HEAT family and responsible for the team's championship success. The HEAT and NBA logos are cast to the right of the trophies. 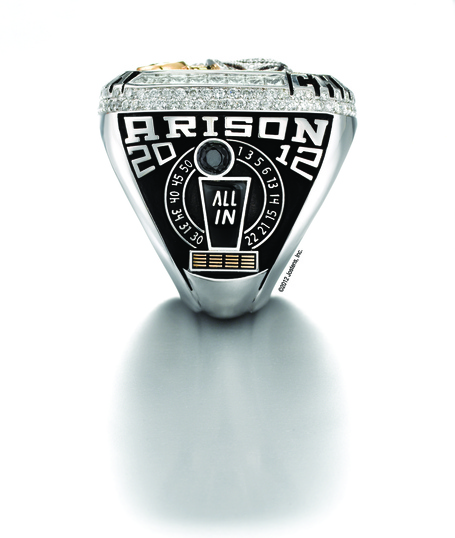 SIDE B
Features the individual's name and the year 2012. Below the name is the ALL IN Team Championship Trophy created with two custom cut onyx stones. The words "ALL IN"-the team's rally cry throughout the playoffs-are encrusted in gold. On the base of the trophy are 16 bars in yellow gold that represent each win during the playoffs. Surrounding the onyx trophy is a circle created with the numbers of the 15 players who made up the 2012 championship team. 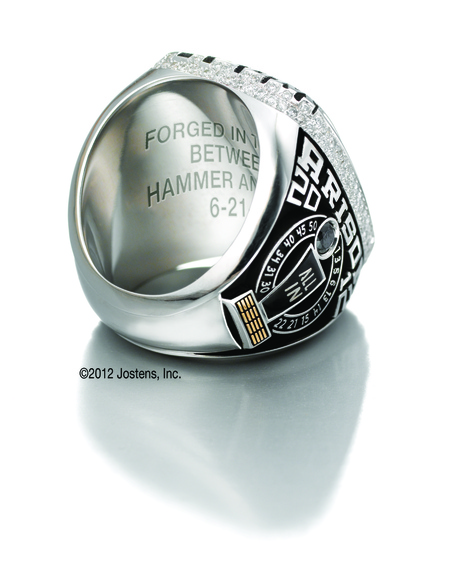 The phrase, "FORGED IN THE FIRE BETWEEN A HAMMER AND ANVIL" is engraved on the inside of the ring and captures the team's belief that they created their championship success through hard work and the intensity of the
NBA season. The date 6-21-12 sits below and represents the day the team captured their second NBA Championship. 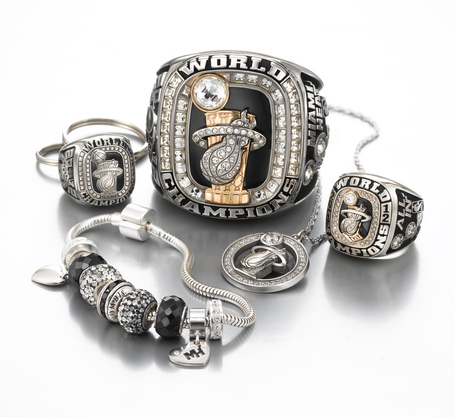