Share All sharing options for: Adorable baby pics of the Miami Heat players

Surely you noticed the kids theme during the Sun Sports broadcast of the Miami Heat/Floridians game against the Toronto Raptors last week on February 5th, which was also Burnie the mascot's birthday. In keeping up with the theme, the in-game program handed out at the AmericanAirlines Arena featured baby pictures of the Heat roster instead of their usual current selves, which were also briefly used during the broadcast. It's easy to forget how these physical specimens that loom large on and off the court (with even bigger bank accounts) used to be normal little kids like everyone else. Check out little Norris already with a basketball in his hand. Look, it's Juwan in a baby carrier at the turn of the 20th century! Also, what exactly where they feeding Dexter? 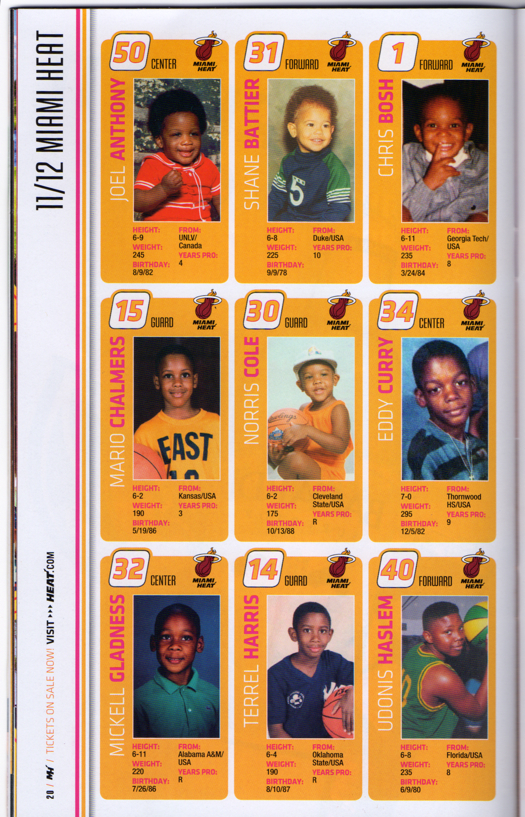 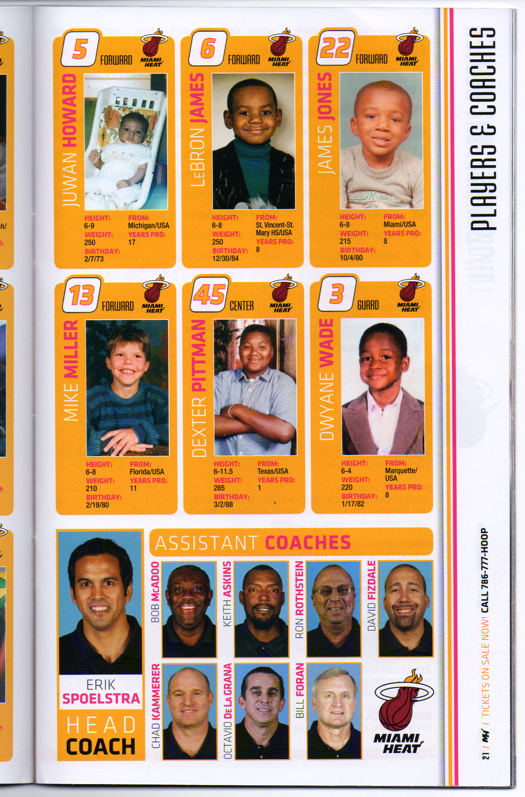