You already know Hot Hot Hoops is your #1 source for all things Heat-related whether it's a game recap, exclusive pictures of the latest birthday cake that the Big 3 have ordered up, or even photos of the players when they were cute little kids. So when we heard there was a huge 18-foot foam statue in the likeness of LeBron in South Florida we just had to find out more information on this "king-sized" creation. The president of PrimeTime Amusements, David Goldfarb, took some time out of his schedule to give us the scoop on what exactly is going on here. 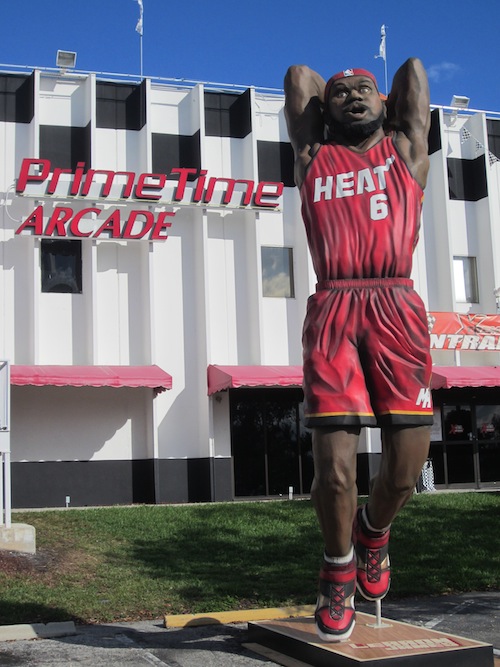 How and why did you decide to make the statue?

PrimeTime Amusements recently launched a new division of our company focused on Family Entertainment Center consulting and theming. As part of the theming division, we are now able to build statues, props, 3-D architecture and set-designs. To showcase our capabilities, we wanted to create something big and memorable – and who better to create a statue of than superstars and HEAT players LeBron James and now Dwayne Wade. (I should note that as a Miami resident, I have been a HEAT fan for years – season tickets, etc.)

How long did it take from start to finish?

It took just under 3 weeks to finish the LeBron James statue. That involves drawing the body and face, cutting out and sculpting the foam, hard coating the entire structure, and then painting all of the details (including the jersey, LeBron's tattoos and his beard).

I read that a Wade and Bosh statue may be soon to follow, when can we expect those?

We are currently working on the Dwayne Wade statue. The head is complete and his body has been drawn. Now we just need to cut out and sculpt the foam, hard coat and paint. We anticipate him being done in 10 days. Bosh will be next!

You had told me the statue may be on display in Orlando for the All-Star game, where can fans check it out when in Orlando?

Details for where the statue will be in Orlando during the All-Star game are still to come! But fans looking to get their picture next to the 18-foot LeBron James and 16-foot Dwayne Wade can follow us in Twitter (@PTAmusements, @FlightofLeBron) and/or Facebook for details.

What does PT Amusements specialize in? How long have you been in business?

PrimeTime Amusements is a global operator, seller and event renter of video arcade machines and simulators. Founded in 1992, PrimeTime Amusements goes beyond just selling and renting equipment; the Company also offers thousands of entrepreneurs and facility owners a combination of turn-key arcade consulting, planning and installation as well as operations solutions around the world. PrimeTime's games can be found in Xtreme Karting in Ft. Lauderdale, Johnny Rockets GameRoom at the Sawgrass Mall, Universal Orlando, NASCAR Café, and more! Learn more at www.primetimeamusements.com. 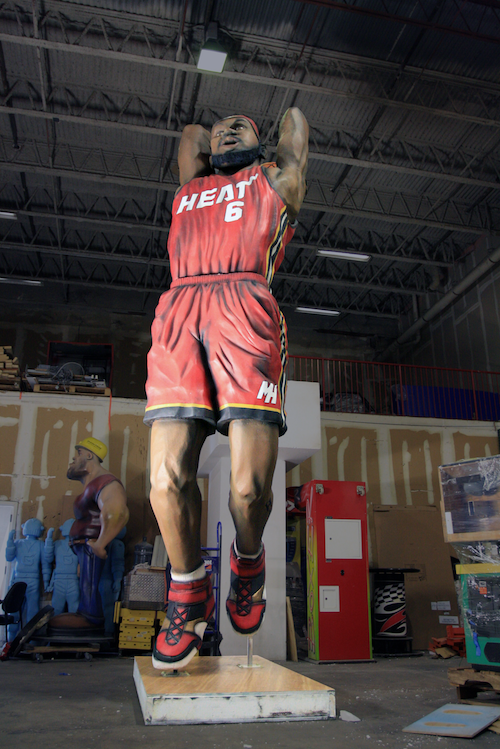 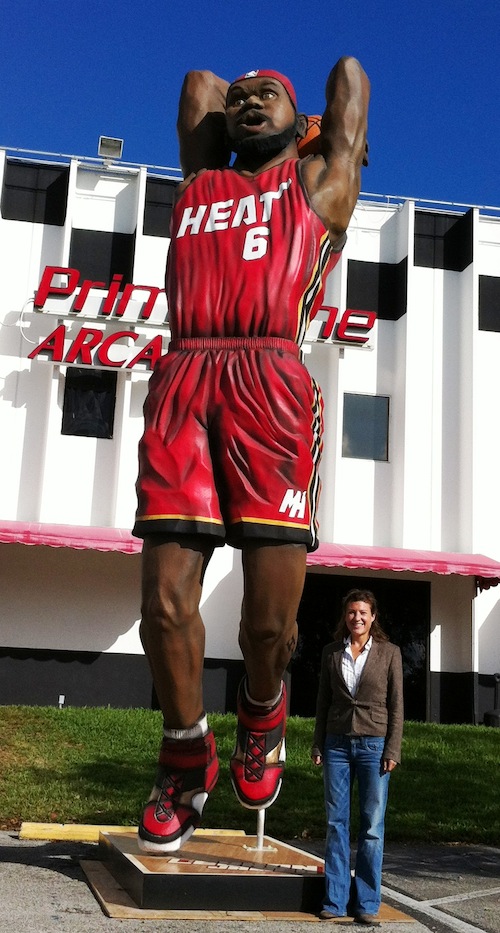