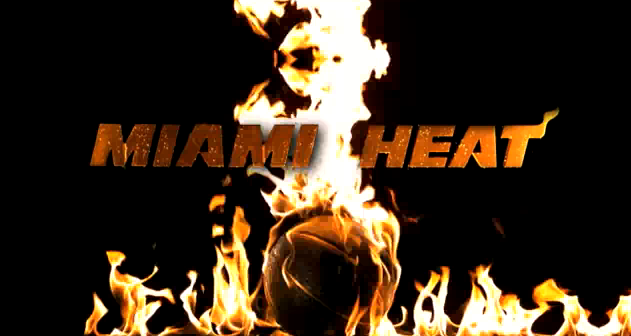 Off to a franchise best 23-7 start, the Miami Heat are playing arguably their best basketball since acquiring LeBron James and Chris Bosh. The Heat sit a half-game behind the Chicago Bulls for the first seed in the Eastern Conference, and are coming off a a historical three-game road sweep of a back-to-back-to-back set – something no team has done in 33 years. The dominating roll Miami is on has reminded Heat fans just how high this teams ceiling is, and reminded the rest of the league just what the defending Eastern Conference champions are capable of.

During Miami’s four-game road winning streak they have held all four opponents to 96 points or fewer, winning those four games by an incredible 70 points combined. During the Heat’s historical three-games-in-three-nights stretch, they held a lead of at least 10 for 91 of the last 144 minutes – flexing the kind of muscle people envisioned back in July of 2010. Part of the Heat’s recent success can be attributed to the team moving the ball around the perimeter much better than early in the season. The Heat have done an excellent job of passing and finding the open shooter as of late. On this four-game road winning streak Shane Battier and Mike Miller are a combined 22-of-39 from the field (56%), making teams pay for leaving them open. Battier has been especially hot, breaking out of a season-long slump by shooting 18-of-27 on the Heat’s five game road trip. Throw in the fact that Norris Cole has scored double digits in the last three games, and the Heat bench has been a big reason for the recent high level of play.

It's not solely due to the fact that the Heat have built early leads, and the bench players received the bulk of the minutes late. Erik Spoelstra has found a way to effectively use Shane Battier and Mike Miller -- two similar players -- and put James at the four spot, where he has dominated. In the third quarter against the Milwaukee Bucks, James carved up the defense on the right block, making eight of nine shots there. James has shied away from the 3-point line all season long, but he has recently also taken fewer long two-pointers and moved his game closer to the basket.

While LeBron and Wade are expected to do their usual thing, shooters capitalizing on being left open is what takes this team to the next level. Of course this team made Mike Bibby shoot 45.5 percent from downtown in his 22 regular season appearances with the Heat last year, so high percentage shooting from the team's perimeter players should be expected when things are going right.

The Heat are 15-3 since the infamous "Circus Road Trip", when the Heat dropped three games in 72 hours. A key component to the Heat’s hot play as of late is Dwyane Wade’s return to form after battling early season injuries. Wade has scored 20 or more in nine of 10 games, in those 10 averaging 24.5 points 4.5 assists and 3.8 rebounds. In that same stretch Wade is shooting 52% from the field, and 88% from the free throw line, the later a key adjustment after early season troubles at the line. The 2006 NBA Finals MVP shot his free-throws flat going back to last season, but used a machine called "Noah" to shoot them with more arc.

While the Heat seemed to have made some changes to fill holes they had in their game early in the season, one thing has remained constant – LeBron James is an animal. Having perhaps his best season as a pro, James combined for 81 points, 30 rebounds, and 16 assists in the Heat’s last three games – all road wins. Those stats are incredible in themselves, but what makes them more amazing is that James has recently played less minutes, averaging just 32 minutes in the last three games, nearly half a quarter worth of minutes off his season average. James has noticeably attacked more as of late, and this season overall – something that bodes well for this Miami Heat team.

The Heat look to stay hot heading into the All-Star break, starting with a homecoming game for James Friday in Cleveland. After Friday nights game against the Cavs, the Heat head home for three straight that nearly will bring the season to its mid point. While battles await this team, it's so far, so good for the Miami Heat.