Heat are better off without Joel Przybilla

Share All sharing options for: Heat are better off without Joel Przybilla 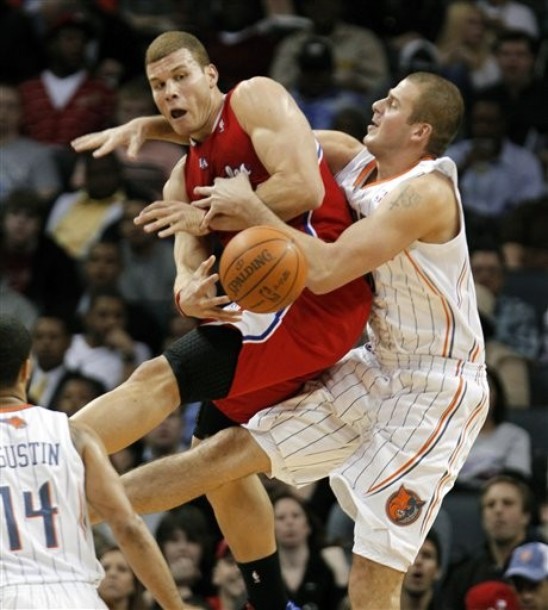 Catch every Heat game this season with the NBA League Pass on DIRECT TV.

On Wednesday, free agent center Joel Przybilla decided to return to the Trailblazers where he played from 2004 to 2011 explaining that his heart was still in Portland. In the end, the Miami Heat are better off for it.

Remember how desperate teams, including the Heat, were to sign Troy Murphy in the middle of last season? Anyone remember how much of an impact he made with the Boston Celtics? Injuries have severely slowed down Przybilla's effectiveness in his 30s, a huge disadvantage for an athletic team like the Heat, with two separate surgeries to his knee in the last year and a half and he's surely nowhere near NBA shape at the present time. How exactly would he be able to immediately help out the Heat during a shortened schedule?

The Oregonian reported that Przybilla and his wife spent a few days in Miami last week where team doctors supposedly examined his knees and cleared him to play. Pat Riley did his best to recruit him during that time, which goes to show how desperate the team must be to have one more big body on the roster in time for the second half of the season. It also means the Eddy Curry experiment could be nearing its conclusion.

With the Heat playing its best basketball this season and perhaps since the inception of the Big 3 Era, it begs the question as to whether the team should make any roster moves at all. It's one thing to have benchwarmers like Terrel Harris and Juwan Howard, whose primary task these days is to play the final several minutes of blowouts and not let a double-digit scoring margin whittle down to a single-digit margin. But with Przybilla or another new player, Spoelstra would likely be forced to shoehorn a new player into a rotation that's completely healthy and doesn't need to be adjusted in the slightest. Besides, if the Heat can comfortably absorb, say, Dwight Howard's production and still play at a high level while winning big, then the priority to find a decent center may not be a pressing need. (Of course, if Chris Kaman or another can't-miss player hits the open market then that's a different story.)

If there is an open roster spot, then why not use it on a player that perhaps could help down the line? Coincidentally enough, Portland may choose to waive Greg Oden to make room for Przybilla after he passes his physical. They could choose to exchange one big man experiment for another one, seeing as how this year's rotation is playing the league's best basketball. It could also be argued that there's also a need for a veteran point guard, should Chalmers or Cole struggle down the road or miss any games.

Despite Riley's incessant need to tinker with the roster, the Heat should feel pretty good about their chances once the playoffs start. Przybilla perhaps could have slightly helped but he wouldn't have been the difference maker. The team will only go as far as the Big 3 will take them and this year they have a nice complement of supporting players to surround them with. As long as they can keep playing at this level and stay healthy (that means you Mike Miller) they don't need a hobbled 7-footer with no training camp or playing time so far this season.