Share All sharing options for: LeBron Player of the Month, Spoelstra Coach of the Month for February 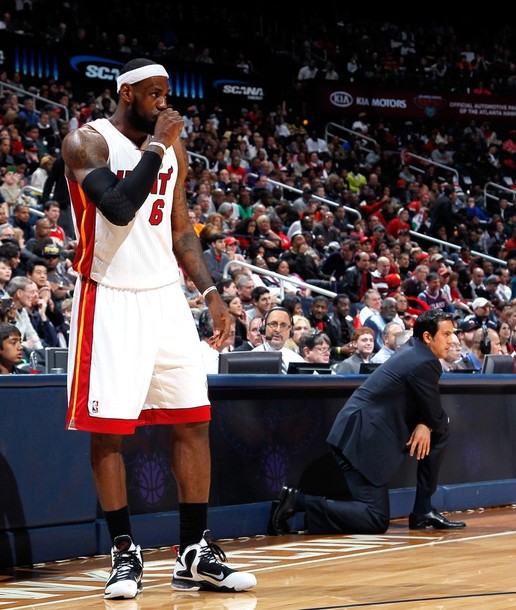 LeBron James and Erik Spoelstra are receiving recognition for the team's success, during the month of February with a dominant 11-2 record that has vaulted them to the top of the standings, with Player and Coach of the Month awards. The team won 10 of those 11 games by double-figures, including each of the last eight straight games on the current win streak (not counting yesterday's destruction of the Blazers). This is the second time in as many months that LeBron has won the honor.

Something tells me that Spoelstra isn't terribly excited about this award, though he'd likely rather have this recognition than having to coach the All-Stars and endure being on the same stage as half a dozen shirtless men dancing during a bizarre musical performance like Thibs did. In any case, this marks the third time Spoelstra has earned the monthly honor, and the 11th time a HEAT coach has won the award. The HEAT's 11 wins and .846 winning percentage each rank second all-time in franchise history for the month of February. The HEAT held opponents to under 90 points in seven of the 13 games and to under 40 percent shooting from the field in eight games.