LeBron wins another Player Of The Week award, solidifies status as MVP front-runner

Share All sharing options for: LeBron wins another Player Of The Week award, solidifies status as MVP front-runner 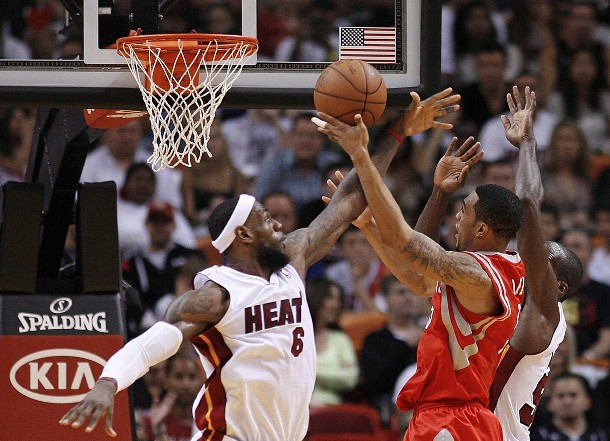 Another week, another NBA award for Miami Heat forward LeBron James. Are MVP honors just around the corner?

James led the HEAT to a 4-1 record, the only loss coming in a game in which James did not play, as he averaged 31.0 points, 7.5 rebounds, 5.5 assists, 1.25 steals and 1.00 blocks while shooting 57.5 percent (42-of-73) from the field, 50 percent (4-of-8) from three-point range and 87.8 percent (36-of-41) from the foul line for the week. He recorded one double-double while scoring at least 25 points in all four games in which he appeared, including two 30-point performances. He led the team in scoring in all four games and in assists three times, in steals twice and in rebounds and minutes once each.