Haslem admits it was for Wade

Share All sharing options for: Haslem admits it was for Wade

During Game 5 of the Eastern Conference Semifinals, Udonis Haslem saw his co-captain Dwyane Wade fall bleeding at his feet after Tyler Hansbrough's hard foul. "Ok," he says. "That's how it is going to be tonight? OK. Let's do that then." Haslem refused to let Wade take a hit without doing anything about it. Someone was going to pay for it.

"It is all fun and games to beat up the Heat in the media, to say the Heat are soft," said Haslem, "But as soon as the Heat take a stand and hit back, it’s not funny anymore. Rabbit hunting is fun. But it ain’t funny when the rabbit has the gun." Basically he meant to foul Hansbrough in the manner that he did. He would do it again, too, if given the chance all over. This shows how much Wade means to UD. " I can't imagine anything I wouldn't do for Dwayne." 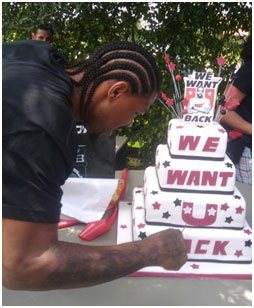 We have to remember how emotional this type of thing is for Udonis. No one in the NBA has given and also given up so much to stay with his team. Turning down many contracts that could have paid him $10-15 million more than the Heat could ever have, he still chose to stay here. This is the kind of heart UD has and it shows day in & night out. We are lucky to have a player like Haslem no matter if he plays 15-20 minutes or 2-3 minutes. Haslem's presence alone is huge for the team, and it shows.

Suspended for Game 6 and banned from the arena, he had to watch from the team hotel as the game played itself out. He grabbed a bag of Cheetos, a bag of popcorn, a Kit Kat, a Powerade and made it his game meal. He felt "Lonely. Anxious. Helpless. Useless." Watching the team play without him hurt. In the end he felt joy after his teammates won the series and unexpectedly received the game ball from Wade. Udonis was overjoyed and felt he did what he had to do. He was asked what was the better feeling to have? Hitting all the 4th quarter jumpers in Game 4 or the hard foul in Game 5? "Protecting my brother," He said. "That, was out of love." 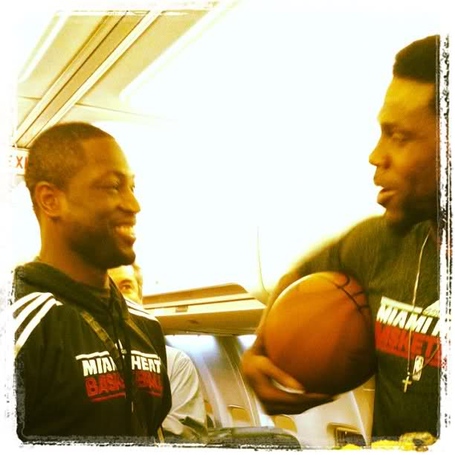