When they were called upon to come through during crunch time and perform above and beyond all expectations, they did it. I'm talking of course about Divine Delicacies, the family-owned local business that has been supplying the Miami Heat players, celebrities and countless other clients in the South Florida area.

Once the champagne had been popped and the celebration could officially start, there was going to have to be a grand cake as well. That's where Divine Delicacies came through in the clutch. Laura Candeau, Director of Sales at DD, says this one story gold-painted NBA trophy cake pictured below was a last-minute rush order on Friday that was created in just under two hours. 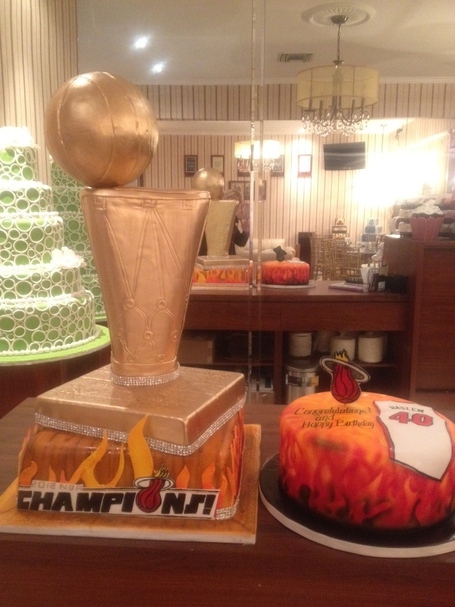 Not only that, they also delivered a belated birthday cake for Udonis Haslem, who turned 32 on June 9th in the midst of their historic title run. 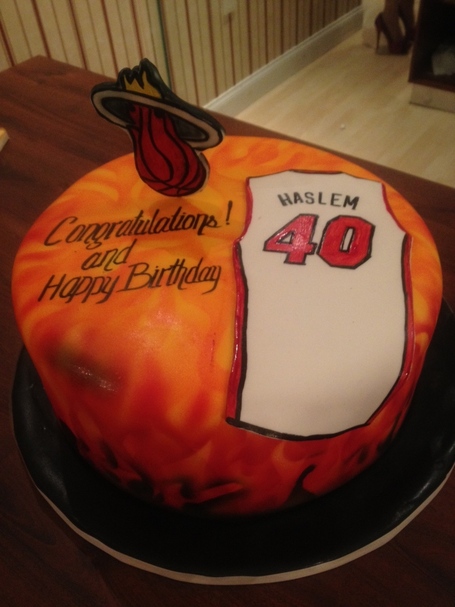 On Saturday they outdid themselves, they also delivered the official Championship cake at the Miami Heat's official party at the Bamboo Nightclub at 2:00 AM. Once again, they had to create and deliver this cake the same day. Luckily, a confident Mrs. Candeau had already started working on the sugar trophy piece on top of the cake the same day as Game 5 believing her team was going to wrap up the series in Miami. 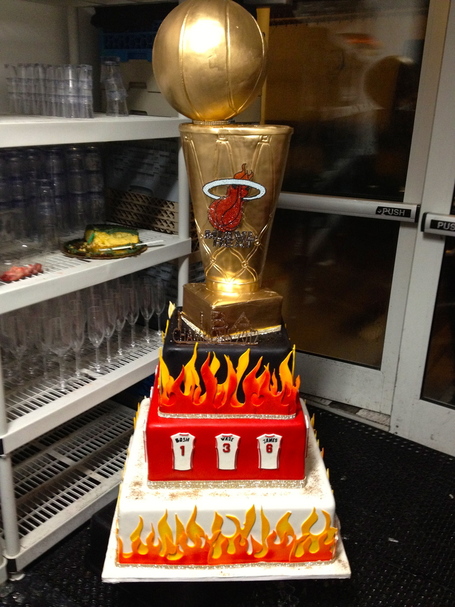 The cake was a four-tier Vanilla Rum cake topped with a giant 24K-edible gold trophy replica of the Larry O'Brien NBA Championship trophy. The cake had every Heat player's jerseys around the red tier along with 6 band gold Swarovsky crystals encircled around the cake, plus 3D airbrush fondant painted flames around the other tiers. LeBron James, Dwyane Wade and Chris Bosh seem pleased. 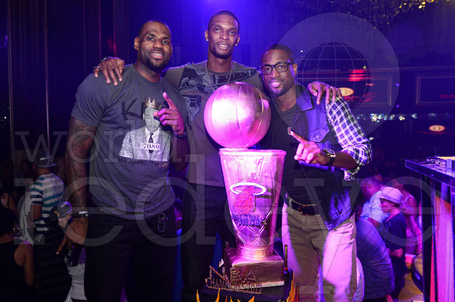 Up on the trophy was a custom-designed Swarovski Crystal Heat logo with more than 500 crystals, plus a custom Gold Shadow stone that read "2012 NBA Champions". It was custom created by Cake Monogram in Miami. If that wasn't enough, they also made a last minute cake for DJ Irie. I'd say that was quite a productive day at the bakery. 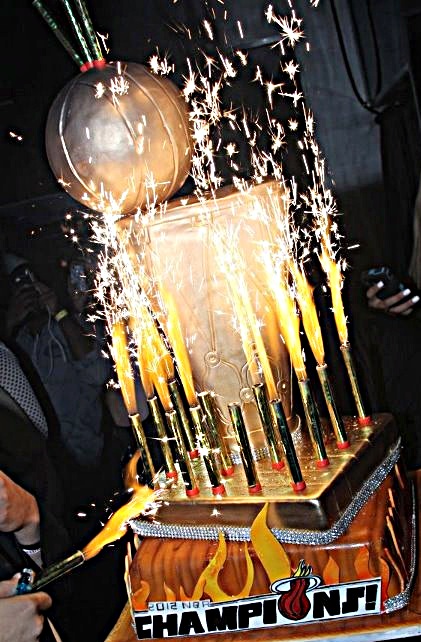 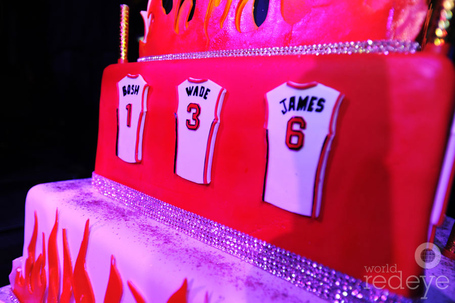