Chris Bosh and wife, Adrienne, had a baby girl on Monday. And they called her name, Dylan Skye.

Chris Bosh did not travel with the Miami HEAT to Toronto. Seems life had bigger plans for him on this day. On Sunday night his wife, Adrienne, posted the traditional "team overdressed" outfit as she headed out to cheer for the Miami HEAT in her usual courtside seats. She appeared very pregnant but the colorful pattern may have hidden just how close she was to her due date . 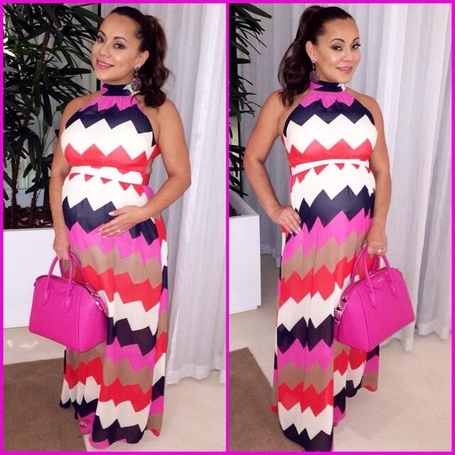 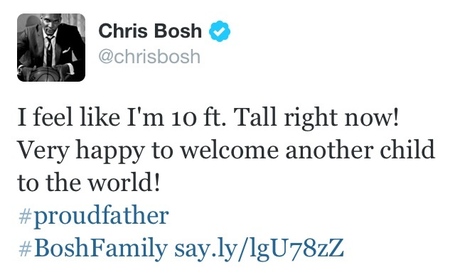 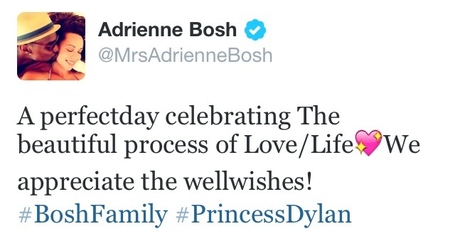 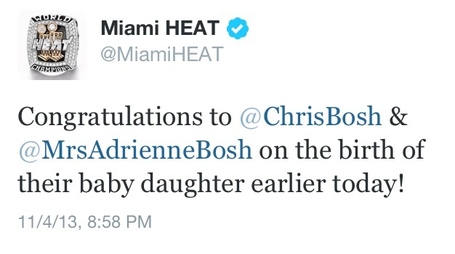 With all this excitement, it's understandable that Bosh's status for Tuesday night versus his old team the Toronto Raptors is undecided.

We've seen their first son, Jackson, grow up over the past couple of years. Now with "Princess Dylan" around, "Baby Jack" will look like a little man. Brace yourselves for more cuteness, Heat Nation. This brood is blooming.