Heat must be cautious if pursuing Andrew Bynum

The Miami Heat are undersized in comparison to other NBA teams, but they must be cautious if they plan to pursue Andrew Bynum.

Share All sharing options for: Heat must be cautious if pursuing Andrew Bynum

Andrew Bynum appears to be on his way out of Cleveland and naturally the undersized Miami Heat would seem to be a suitable destination for the 7-footer, but are both sides a good fit for each other?

Shortly after the news broke of his suspension, it was quickly learned that the Cleveland Cavaliers could not find any teams interested in trading for him. Therefore, it is expected that the Cavs will release him prior to January 7th when the second half of his contract would be guaranteed.

Why the Heat should take a chance on Bynum

None of his recent setbacks should keep the Miami Heat from at least giving Andrew Bynum another shot.

Why the Heat should take a chance on Bynum

Just because teams aren't interested in trading for him does not mean that they aren't willing to pick him up as a free agent for the veteran's minimum -- and the Heat are no exception.

There are those who believe the Heat should take a chance on Bynum, and without a doubt Pat Riley and his front office have already discussed the team's options.

Personally, I am 50-50 on the matter and generally see these situations as low risk, high reward. Riley has a knack for making these kinds of deals the last few years and they generally have worked in the Heat's favor. Just ask Chris Andersen and Michael Beasley (so far).

However, as it pertains to the Bynum situation, here are three reasons to be cautious.

While I have all the confidence in the Heat's training staff, I can't help but think that the team's athletic trainer, Jay Sabol and his colleagues already have their hands full on rebuilding Greg Oden and his oft-injured knees.

Not to mention they have Dwyane Wade on a strict maintenance plan during the regular season with the team's "bigger picture" approach as they try to preserve his knees for another deep run into the playoffs.

By adding Bynum to the mix, it would be much of the same as he has missed significant time due to injury, including the entirety of the 2012-13 season with the Philadelphia 76ers.

The Heat may opt to not bite more than they can chew on the rehab projects.

One of the great things about a Pat Riley operated organization is that the team brings in high character players and Bynum.... well, he can be somewhat of a knucklehead.

Even though he's a former two-time NBA Champion with the Los Angeles Lakers, Bynum is known for some pretty questionable antics on and off the court.

For starters, remember this flagrant foul on then Dallas Mavericks guard J.J. Barea during the 2010-11 Playoffs?

He also re-injured his knee last year while bowling during his rehab with the 76ers.

Oh, and let's not forget those crazy hairdos... 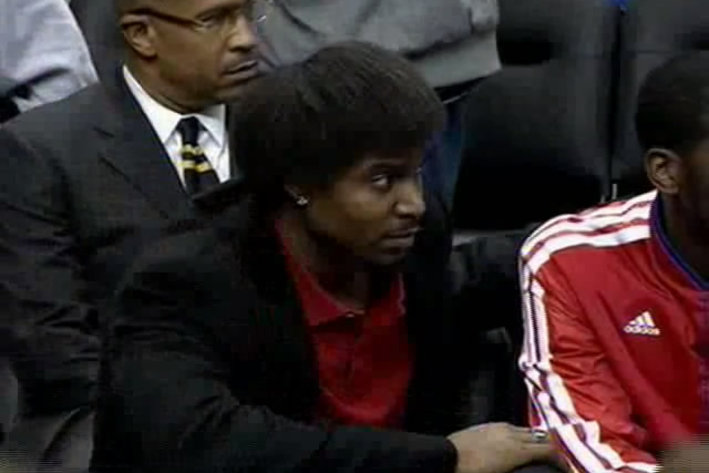 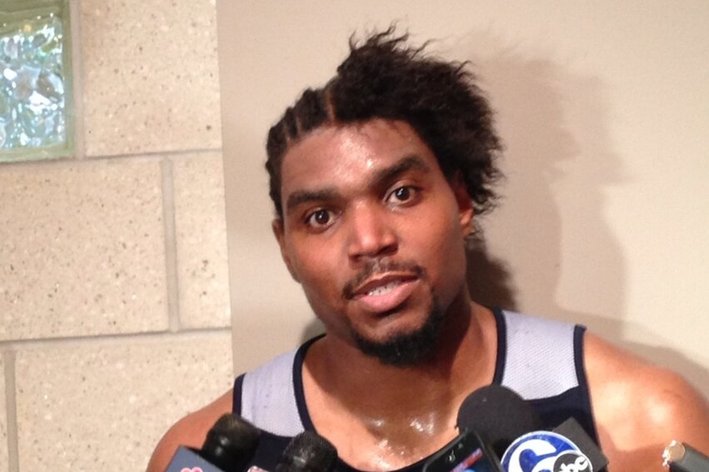 Okay, the hairdos are beyond the point, I just wanted to throw those in there.

Per Adrian Wojnarowski of Yahoo!, some league sources believe that Bynum doesn't even want to play basketball anymore, while team officials around the league this offseason felt that he wasn't motivated to rehab.

About Bynum suspension, league source tells Yahoo: "He doesn't want to play basketball anymore. He never liked it that much in first place."

Teams who considered signing Bynum in summer were as concerned about his desire to play as his knees. Officials didn't see motivated rehab.

Cavs believe Bynum has been "disruptive" presence within team and lost hope partnership can be salvaged, league sources tell Yahoo.

If the Cavs felt that Bynum was so disruptive in their locker room to the point where they're willing to continue paying his salary to then release him, is it really worth the risk for a back-to-back Champion looking to three-peat?

Such a risk could deprive us of moments such as the team's famous Harlem Shake video and potentially even more, a fourth straight trip to the NBA Finals with a chance to win a third straight title.

The Heat is all about sacrifice, but the one area that it should not sacrifice is team chemistry. If there is an inkling of doubt about Bynum and his ability to mesh with the rest of the roster then Riley should simply turn his back and walk away, otherwise I'd say proceed with caution.