Jason Jackson lights up the night at Relay For Life

Jason Jackson takes time out of his busy schedule to host Midnight Karaoke at the Palmetto Bay/Cutler Bay Relay For Life and connects deeply with the community and Miami HEAT fans.

Share All sharing options for: Jason Jackson lights up the night at Relay For Life

We all know how much the Miami HEAT does for our community. The photos from charity dinners and fundraisers are always fun and often glamourous. Last Saturday night, however, there was a smaller gathering of folks in South Dade that stayed up all night to support the fight against cancer. It was a simpler kind of fun, not glamourous or even covered by the mainstream media, but one very special person from the Miami HEAT organization arrived quietly at midnight to lift up the energy and bring smiles. The unsung hero of the evening was Jason Jackson.

We know Jason Jackson as the HEAT Sun Sports host and court side reporter whose role in the post-game Winner's Circle has become as traditional as our hot butter on our breakfast toast. When Jackson promised the Palmetto Bay and Cutler Bay Relay For Life group that he would come out and host Midnight Karaoke, they did not know what a treat it would be. His TV persona matches his real life presence in every way, and that was a much needed boost for this overnight crew. 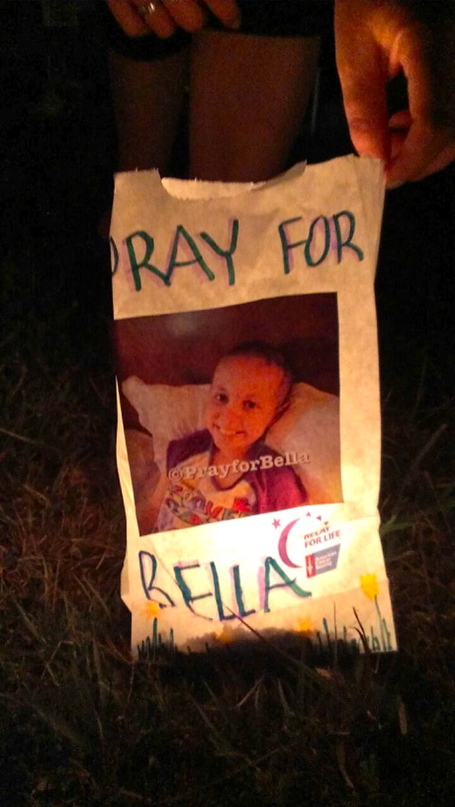 Relay For Life is an overnight fundraiser for American Cancer Society in which teams of participants from churches, social organizations, businesses and youth groups gather together to walk a track all night long in honor or in memory of loved ones impacted by cancer. As the motto states, "Cancer never sleeps." The group usually starts out large for the survivor lap and luminaria ceremony but from midnight through sunrise, fatigue sets in and it's up to the graveyard shift to grind it out. This year, when Jackson arrived around midnight, there were quite a few kids excitedly waiting up for him. 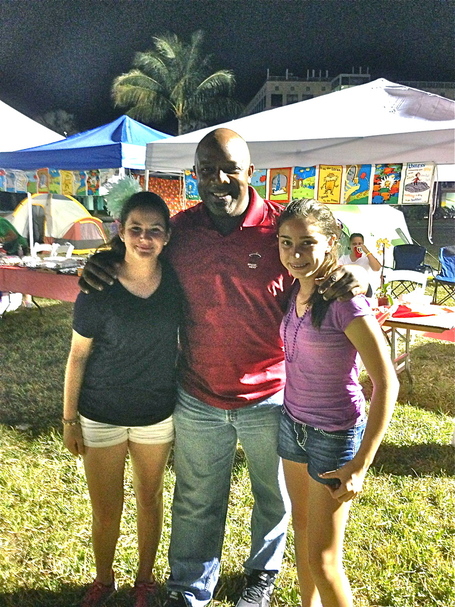 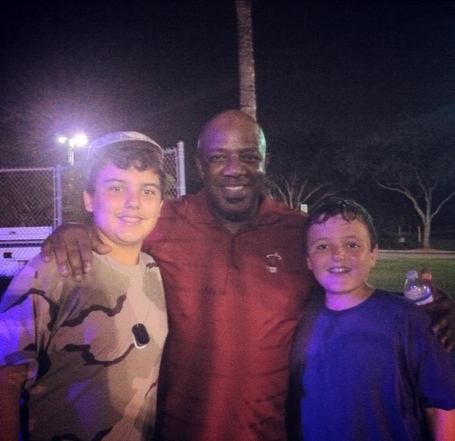 Jackson entered the event and walked a lap around the luminaria lined track, greeting everyone who was still awake. People who had been napping or dragging around snapped straight up with smiles as he reached out to shake hands and say, "Hi, I'm Jason." Excited by his visit, 13 year old Nicholas Bradley said, "I can't believe he's really here!" There was sincere warmth and appreciation from both sides as the Relayers were grateful to have his support and he was thankful for their efforts in the fight against cancer. Jackson made time to take photos with everyone who asked. 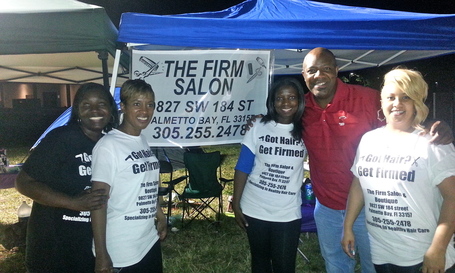 Most impressive was his pre-karaoke speech when he shared his own experience of losing his father to cancer and the deep impact it had on him years ago. At that moment he became more than a Miami HEAT broadcaster, he became part of the group. Then his booming, enthusiastic voice pumped up the crowd as one after the other, they came up to sing under the stars. Before leaving, Jackson sang his own karaoke jam, "Every Little Step" by Bobby Brown. Finally, in the wee hours of the morning, he said his goodbyes and left. 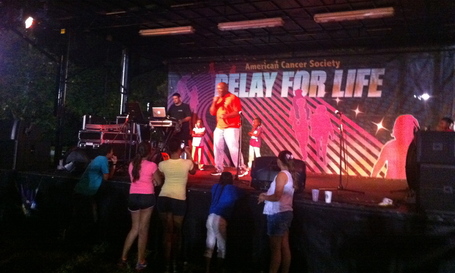 But one determined fan, Relay For Life Team Captain Calvin Crider, followed him out to the car with a plate of fresh snapper and his famous sour cream, cream cheese pound cake. "Did he leave?" he asked as he hurried along to find him. When Crider finally caught up, he gave Jackson the homemade meal and thanked him from the bottom of his heart for coming out and supporting the event. He said he appreciates the way Jackson connects to his people and his fans. It was a special moment between a big-time sportscaster and a big-time fan, connected like brothers, to a cause, through a team. A very special post-game Winner's Circle.