Chris Bosh's 29th birthday was celebrated in a big way and we've got the scoop on what went down.

You only turn 29 once! Do it with style. Do it with grace. And while you're at it, why not do it in 3 acts. Yes, Chris Bosh celebrated his 29th birthday with not one, not two, but three birthday parties! The last one, the formal red carpet version, was held last night at Bamboo Miami.

But it all started on March 16th in Toronto, the day before the Miami Heat vs Toronto Raptors game.

"Just a little early Birthday celebration for @ChrisBosh with our Toronto Family," tweeted Adrienne Bosh. It was a surprise party that no doubt caught him off guard being that his birthday was a week away. However, opportunity knocked and it was the perfect chance to get together with the old crew in Canada. 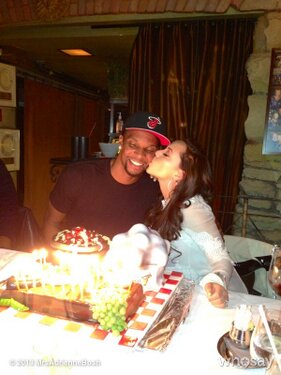 Then, on March 23rd, the day before his birthday, Bosh and his Miami family (and close friends) celebrated with a simple house party. The kind of simple house party where you have a mariachi band come out and play traditional Mexican hits. Adrienne Bosh tweeted, "Surrounded by Friends/Fam on eve of @ChrisBosh Bday! No celebration is complete W/O a Mariachi Band." Indeed. 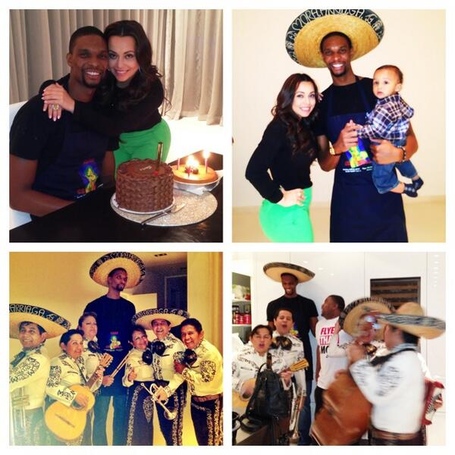 Most Miami Heat fans saw these photos and laughed at the typical comedic facial expressions of the almost 29 year old Bosh. Many touted how great it was that Bosh could appreciate the simple things and didn't need a big, flashy party like those we have seen from many other NBA superstars. But alas, the 3rd party was yet to come.

An elaborate invitation announced that on April 3rd there was going to be a luxurious Moroccan party for Mr Bosh. Metro Signs designed the high end invitation that appeared as a gold carved decorative double-door opening up to a sepia toned photo of Chris Bosh and the event details. Included in the details was the news that Henri the Camel would be at the party tweeting live updates. You know what they say, no party is complete without a live-tweeting camel.

Soon after 9pm, the photos from Henri the Camel started rolling in. The beautiful couple making a grand entrance with a helicopter arrival, the shiny gold lanterns on the tables, friends like Savannah Brinson, LeBron James and Janine and Juwan Howard shining up the red carpet in their best Moroccan outfits. The step and repeat that backed the red-carpet photos showed Remy Martin as a sponsor but also included the initials CB and a photo of the birthday man himself. 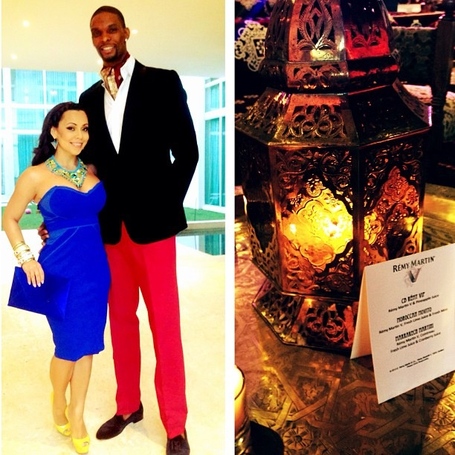 Finally, anyone who knows Bosh Family celebrations knows that when in Miami, they always involve Divine Delicacies Custom Cakes. Last night Divine Delicacies gave Bosh 3 amazing cakes. Yes, 3! One was a 3-D replica of the elaborate birthday invitation. The second was an elegant, Moroccan-inspired, 5-tiered red cake with gold details and trim. The third was a Moroccan Elephant Cake with 3 cake pillows and Chris Bosh himself riding on top of the elephant, carrying a basketball. There were also individual henna cakes for guests to take home. 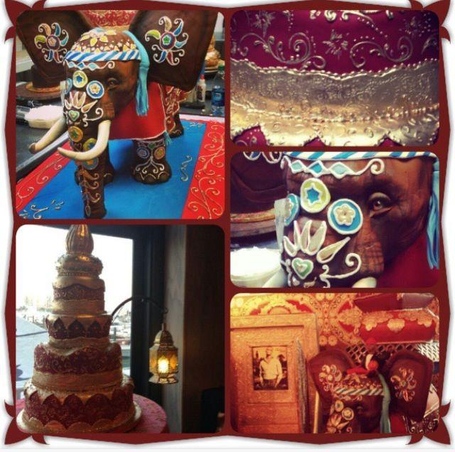 But then, for the cherry on top, there was a surprise performance! Hip-hop performing artist Kendrick Lamar showed up with Swimming Pools (Drank) and Poetic Justice (put it in a song) among others.

It was a 29th birthday like no other. Two weeks of celebrating life and sharing love. We can't wait to see what happens for the 30th! 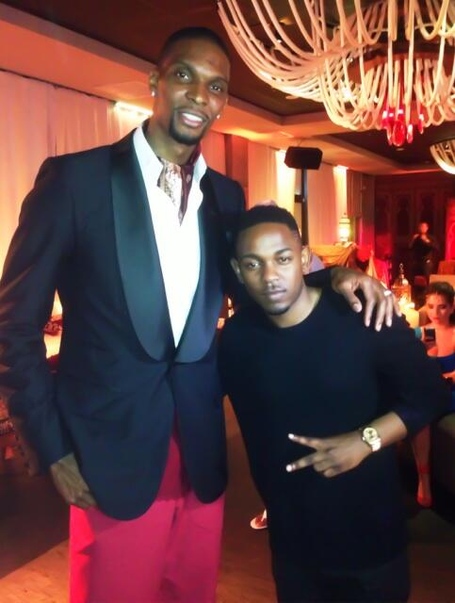 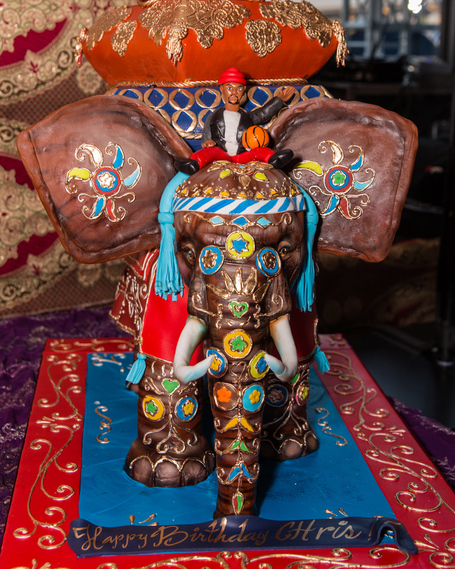 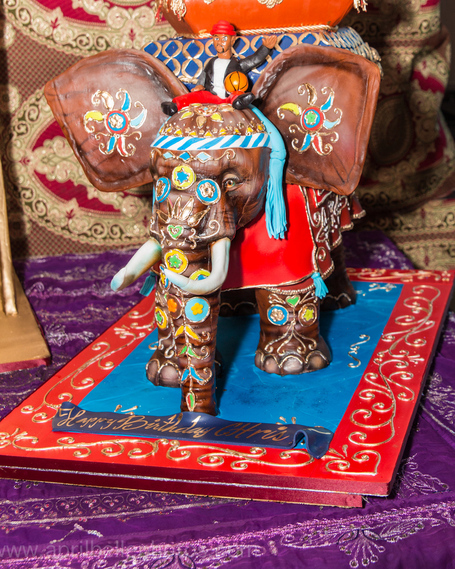 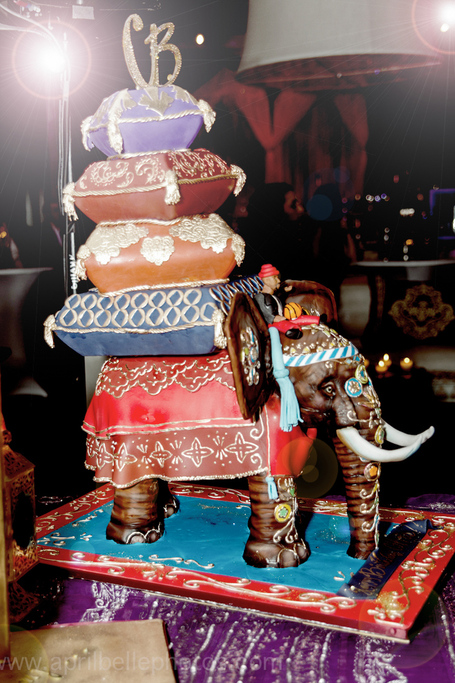 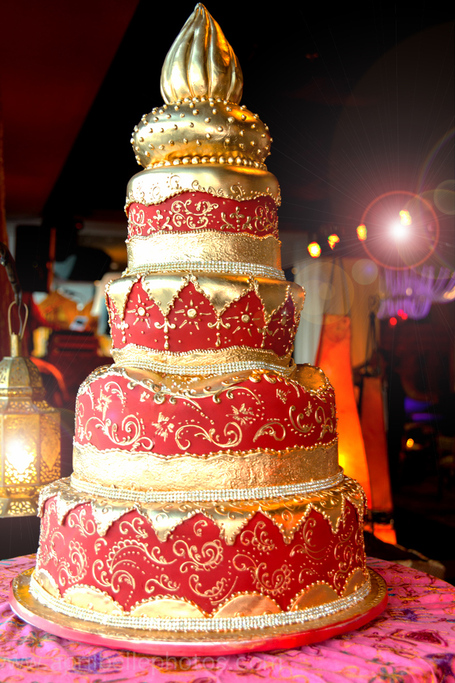 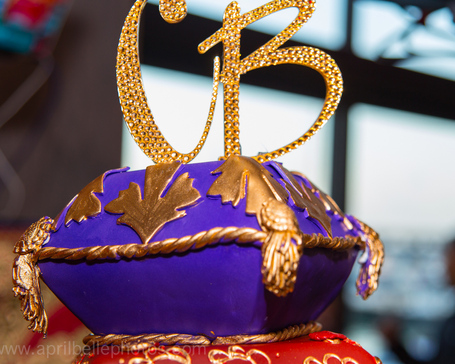 UPDATE: Multiple news sources are now reporting that Bosh's home was robbed while the party was happening Wednesday night. More than $340,000 worth of jewelry, watches, rings and more were taken. Miami Beach Police are investigating and we will report back as more info is released.