I missed the Miami Heat's 2012 NBA title parade, and would have never forgiven myself if I missed it again. Here are some photos of my experience. And a picture of Tony Fiorentino for your viewing pleasure.

Share All sharing options for: My Championship Parade Diary

After a traffic scare, we shockingly found parking. It was much easier than anticipated. And given that the parade was delayed, we had even more time to kill before the place really got filled with rabid Heat fans.

I had my first taste of the revered grilled cheese sandwiches from the 'Ms Cheezious' food truck, and I was pleased to say the least. The Food Network South Beach Wine & Food Festival Best Food Truck Miami award winner makes delicious sandwiches.

And then we began. Here are some of the memorable photo's of my experience. For the most part, we were blessed with semi-cloudy weather and were able to avoid South Florida's excruciating sun rays.

And so the parade began. Pat Riley looks pretty old these days, but I wouldn't want to retire if my job was this much fun either. (Click to enlarge pictures) 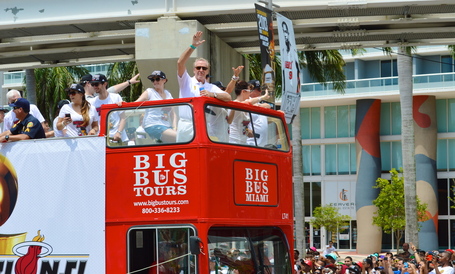 When I saw the first players bus come buy, I was legitimately confused as to who was Chris Bosh between Bosh and Jarvis Varnado. 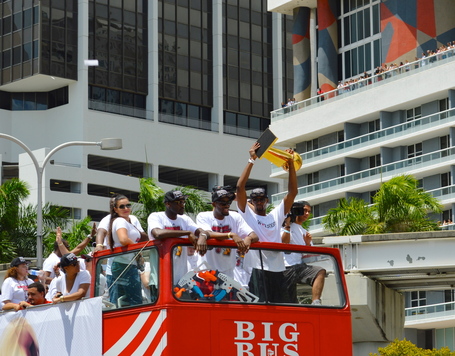 One rule we've become accustomed to in South Florida is that everything involving Birdman these days is fun. He was the most engaging player at the parade. 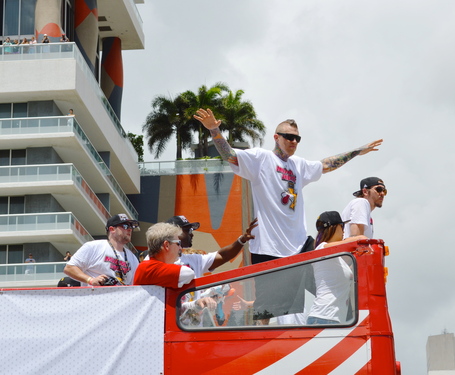 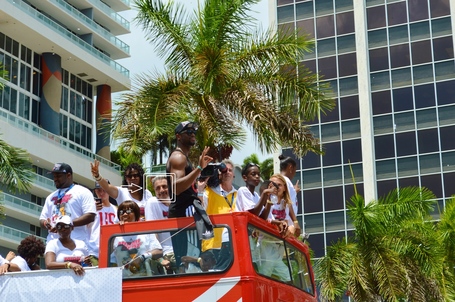 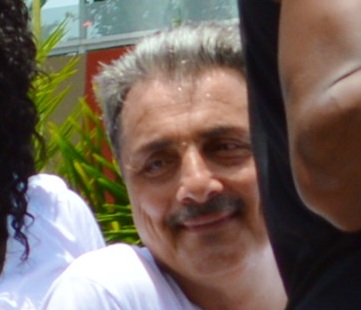 LeBron James looked disinterested and exhausted much of the time, but...Ok, I'll stop being a body language expert. 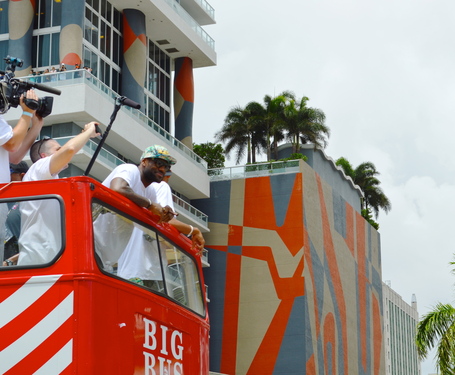 So, to summarize, the highlights of my Miami Heat parade experience were a grilled cheese sandwich and Tony Fiorentino. So I'm very lucky. Plus my friends put up with the fact that I disappeared for half an hour getting more pictures before the buses vanished toward the arena.

All photos courtesy of Igor Mello, who you can and should follow at @SuperIgor.