They did it! Udonis Haslem and Faith Rein are now Mr and Mrs Haslem. After months of planning, the wedding took place at Four Seasons Resort Palm Beach on Saturday evening. Guests flew in as early as Thursday and enjoyed a long weekend of wedding celebrations.

The festivities actually started Friday night when the crew took a party bus from Palm Beach to South Beach. Things got officially "turnt up" at the Palace Bar's Drag Queen Show. Dollar bills went flying as the performers wow'ed the audience with glamorous song, dance and theatrics.

Saturday evening the social media photos started rolling in. Miami HEAT players and their families posted pictures of themselves dressed and ready for the Haslem Wedding. It's been a long time coming, you know.

Udonis Haslem met Faith Rein in college where he was a basketball star, of course, and she was a track star. Over the years they have built a life, bought a home and have 2 boys together. This, however, was finally their time. 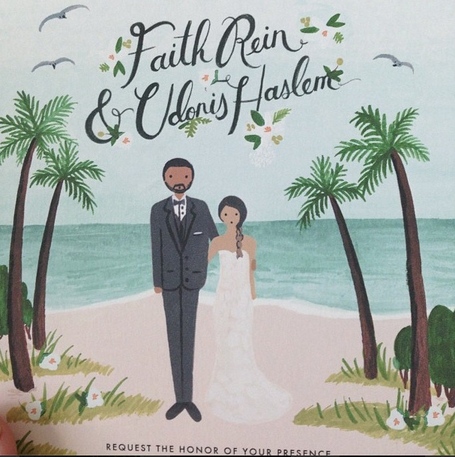 The wedding ceremony took place outside by the water where many guests said they cried, some "like a baby." There was a sign directing guests between the ceremony and the reception - it said, "I do" with an arrow to the ceremony and "We did" with an arrow to the reception. Toward the end of the evening there was a surprise performance (for the bride) by Wale. Wale tweeted, "Im at my first wedding . Ever."

Always the fashionista, Faith ended the evening in a more comfortable gown and in black! Jenine Howard posted, "Only this woman can shut it down in black on her wedding day!!" 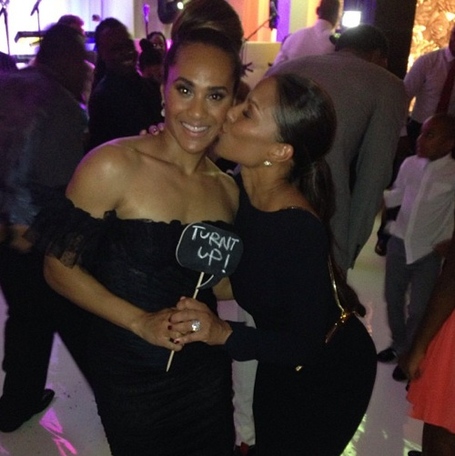 Udonis Haslem ended the evening with this post on twitter: "S/O to my heat fam for comin through and reppin wit me on my special night. And people wanna know what da secret to our success is. Smh." He went on to say, "My family and I appreciate the love comin through on twitter right now. Hands down our fans are the best. Thanks heat nation!"

Whatever it is that tells you, "This is the one, now is the time, we are everything together," UD and Faith heard that still small voice and on this once in a lifetime evening, everything fit together like a fairytale. May they live happily ever after.

Enjoy the photo gallery above via friends and family.

(Up Next: LeBron James and Savannah Brinson marry in September and Coach Fizdale and Natasha Sen were engaged last week!)