Dwyane Wade fans had the chance to buy a limited supply of Way of Wade Encore Gold Rush sneakers through a special lottery this weekend.

On Saturday night, HEAT fans and sneaker heads turned out for Dwyane Wade's Li-Ning Way of Wade Encore "Gold Rush" shoe release at SoleFly Shoe Boutique in South Miami. All week, Monday through Friday, the store gave out free raffle tickets with the understanding that whoever's name was assigned to the ticket had to be at the Saturday night lottery drawing with photo ID. If your ticket/number was selected, you won the opportunity to buy the Gold Rush  treasures (in your pre-determined size) for $250 plus tax. 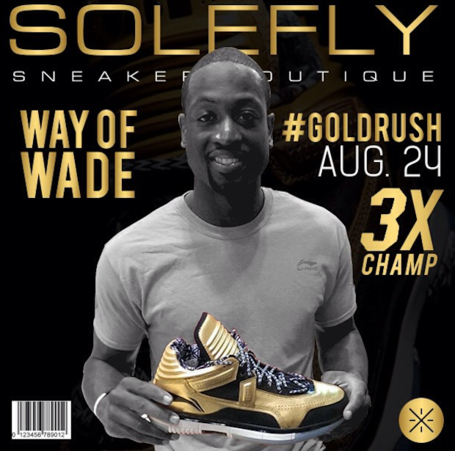 The lottery started at 8pm but the crowd started gathering around 7:15pm. From inside the store, the DJ kept the vibe bumping outside in the parking lot. A store associate announced that they had 100 shoes to sell. They started with size 8 and sold about 10 pairs in each size going up to size 14. The drawing went on until 9:45pm. Gold Rush t-shirts co-branded with SoleFly and Li-Ning were also available for $24.99.  Most winners left with the shoe and shirt as a set.

Today, many "new listings" on Ebay have the Gold Rush Way of Wade's from $399-$800, which is sad when you think about how many fans wanted the shoes for the love of the player and not the almighty dollar. Without question, the most enthusiastic winners were the ones who wanted the shoes for themselves. Carlos Gonzalez from Cutler Bay came to the event sporting his HEAT jersey and tried the shoes on to be sure they fit right. They did and he had won the opportunity to buy 2 pairs.  Others weren't so lucky and left brokenhearted with Gold Rush t-shirts as a consolation prize. 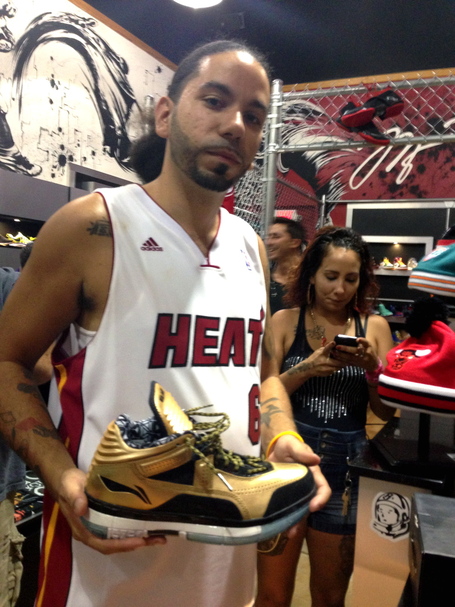 Still, hope springs eternal and it was apparent that fans of Dwyane Wade are eager to support his new shoe line whenever more shoes become available. The event was well organized; buyers were relaxed and peaceful throughout the evening. Yet, thousands of HEAT Nation fans throughout the city, the state and the entire country were left crying:
"We want more, we want more!" 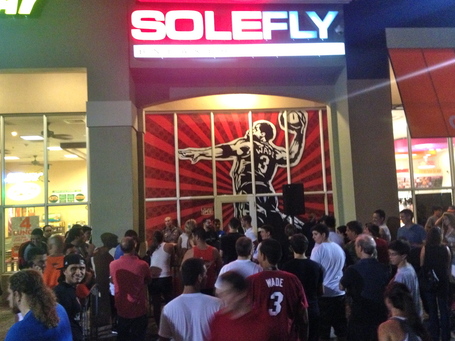 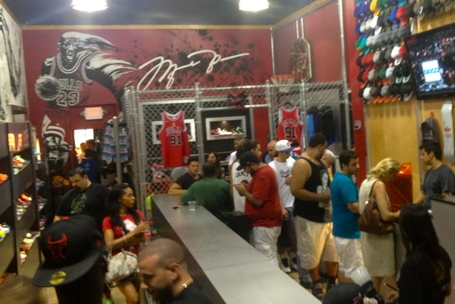 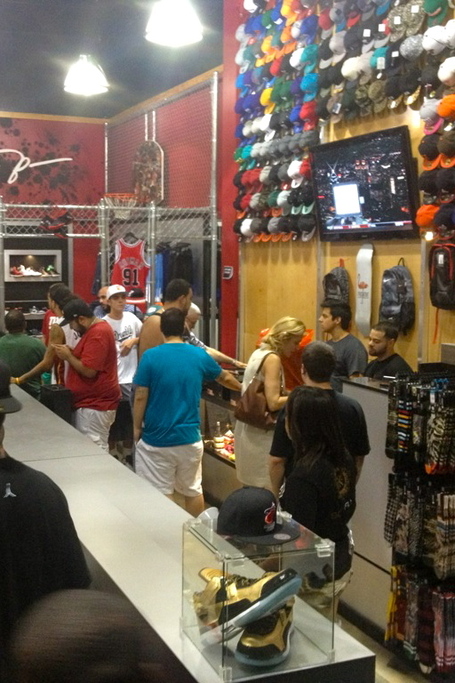 Sunday evening Dwyane Wade posted via Instagram video a big thank you to SoleFly and to his supporters.  He stated that this was just a "teaser release" and they have many more to come. Keep that in mind, Ebay shoppers!