New reality show announced for bakery to the HEAT

Divine Delicacies, the bakery that made the Miami HEAT's last 2 NBA Championship cakes, will be featured in their own reality TV series with Tr3s, Divas del Azucar.

Share All sharing options for: New reality show announced for bakery to the HEAT

At the heart of every important Miami HEAT celebration is a Divine Delicacies custom cake. From the NBA Championship cake to players' birthdays to baby showers, wedding showers and even the players' children's birthday parties, Divine Delicacies cakes have become the awe-inspiring centerpieces that set the tone for most memorable HEAT parties. As the unofficial bakery of the team, DD Cakes has achieved championship status and now they're taking things a step further.

In an exciting venture launched with the producers of Cake Boss and MTV Networks' Tr3s, Divine Delicacies has announced their own reality TV show, Divas del Azucar. (Azucar meaning "sugar" in Spanish. Divas meaning "beautiful, smart women.") The show will feature HEAT players and family like Ray Allen and his son's birthday cake along with Chris Bosh's wife, Adrienne Bosh, and the charitable work she does with DD Cakes. The announcement was met by cheers and excitement from DD Cakes fans, many of whom are also HEAT fans. We have long wondered, what happens behind the scenes? How do they create those seemingly magical towers of sweet ridiculousness?

In an interview Laura Candeau, Director of Sales and one of two daughters in the family business, she explained that every cake is "made with love."

With all of the high-end work this bakery does, it might seem hard to believe that love is in every cake they make. However, the bakery started in love when her parents made cakes for family and friends back in Cuba, then came to Miami where mom and pop launched Divine Delights, the bakery that eventually became Divine Delicacies Custom Cakes and Miami's bakery to the stars. Laura says their first HEAT client was Dwyane Wade. It was his 28th birthday.

"Dwyane had never had a cake like that before," Laura explained. He was amazed. 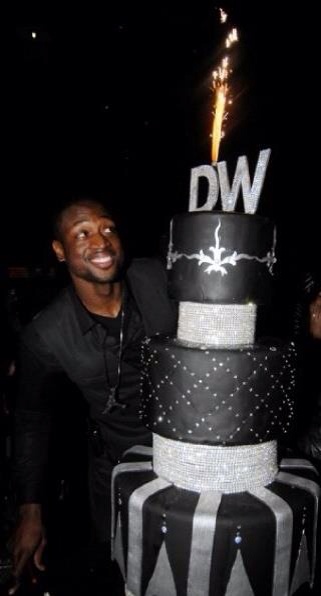 "Thank you Divine Delicacies for my incredible birthday cake! Everyone at the party was impressed with my birthday cake including me of course." -Dwyane Wade, January 2010. 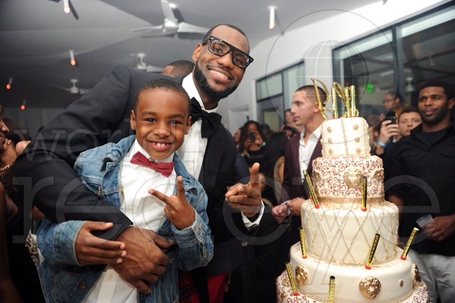 "Wow! Thanks Divine Delicacies for my birthday cake! I was really impressed!" -LeBron James, December 2010

And then, it just started flowing:

"You guys are absolutely amazing! This has to be my best birthday cake ever!" -Gabrielle Union

"EVERYONE in the place stopped to take pics! It was unreal." -Kelly Arison 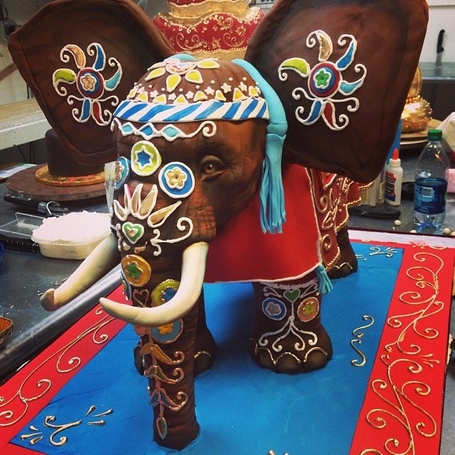 When your team goes big in everything they do, it's just perfect to have a bakery that can keep up and go equally big in their own way. You'll remember our story back in June 2013 that DD Cakes started making the HEAT's NBA Championship cake weeks before they won, partly because it takes time to place 36,000 crystals but also because they had faith that their team would win. Sometimes they are up all night getting cakes done for last minute requests and special events, fueled of course by love. 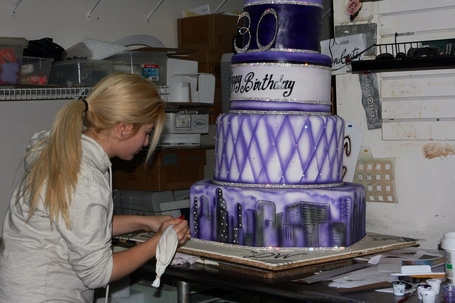 To spread more of this love throughout the community, Laura and Divine Delicacies have teamed up with Mrs Adrienne Bosh to perform random acts of kindness on a regular basis. The two have been known to pop into Miami Children's Hospital with special cakes, cupcakes and push cakes to put a smile on the young patients' faces. They also help the Boshes' foundation, Team Tomorrow, with many special events to bring happiness to the seemingly hapless. There will be a "random acts of kindness" episode with Mrs Bosh on Divas del Azucar where viewers will see more of these sweet deeds - the planning, the plotting and the baking. 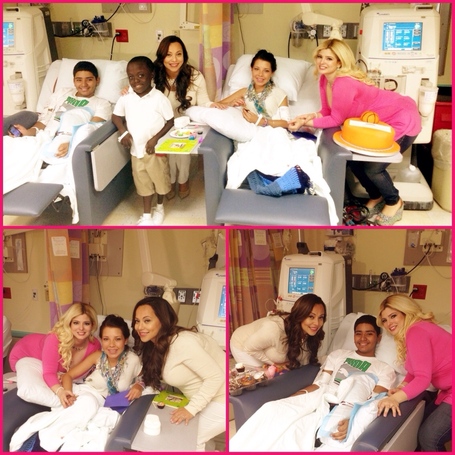 A first class team like the Miami HEAT needs a first class bakery to provide jaw-dropping cakes at any given moment and they've found that in Divine Delicacies Custom Cakes. We look forward to seeing what happens behind the scenes. (Do they really look that beautiful ALL the time?) Divas del Azucar promises wonderful glimpses into the magical bakery that is the Miami HEAT's cornerstone of celebrations.

These divas are at the top of their game.