An open apology to Udonis Haslem

Udonis Haslem has made a triumphant return to Miami's rotation. A closer look at what's changed between his uninspiring November play and his Spring Renaissance

Share All sharing options for: An open apology to Udonis Haslem

I'm sorry because I thought your days as a rotation player were just about done. You were coming off a season playing a career low in minutes and averaging career lows across the board. Sure there were a few playoff moments, namely a couple of 8-9 shooting performances vs. the Indiana Pacers, but by the NBA Finals, you were out of the rotation.

You were this season's starter for 6 games, then completely vanished again, playing only spot minutes because you simply didn't look like the UD of old and the numbers backed that up. Through November, you had a Net Rating of -10.1 (highlighted by a team worst defensive rating of 114.3) and were averaging 6.8 rebounds per 36 minutes, which would've been by far, a career low.

Numbers or no, you meant so much to this franchise that I never wanted to see you leave (especially for Evan Turner), but Miami needed better rebounding and spacing. So Erik Spoelstra had to make a tough decision and virtually stopped playing you. Your shot chart made Joel Anthony look like JR Smith! 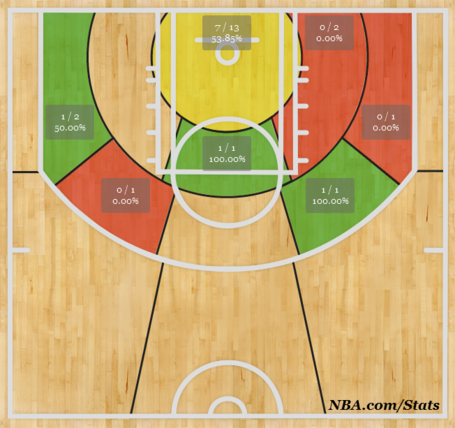 You weren't happy, because embody the pride of The 305. Rather than mope, though, you worked tirelessly, first recovering from a back ailment that you refused to use as an excuse for your poor play, (though it certainly explained a lot when revealed to the public) then biding your time, working hard in practice, and using the first opportunity to prove that you had a lot left in the tank.

Soon came a random game in early March vs. the Washington Wizards that I had the pleasure to attend. Prior to that, you had spent over a month (from 1/29-3/6) averaging 2.9 minutes a game. You played only 5 minutes in the 2nd quarter of this game and recorded no stats other than 2 rebounds, but you were flying around, playing sound defense on Marcin Gortat (sporting a defensive rating of 60 in that amazingly small sample) and helping Miami stay afloat in a game that they went on to win. Spoelstra was impressed enough to give you more time after a few more less than stellar outings from Greg Oden.

From March 18th on, (which is the arbitrary date of your re-entry into the rotation) you've brought back memories of the cornrowed UD who was making a living splashing open jumpers off Shaquille O'Neal double teams and getting every available rebound. Your Net Rating during this span is +16.7, with a stifling defensive rating of 95.7. You're shooting a Birdman-esque 63.8% from the field during that span and averaging 10.1 rebounds per 36 minutes. 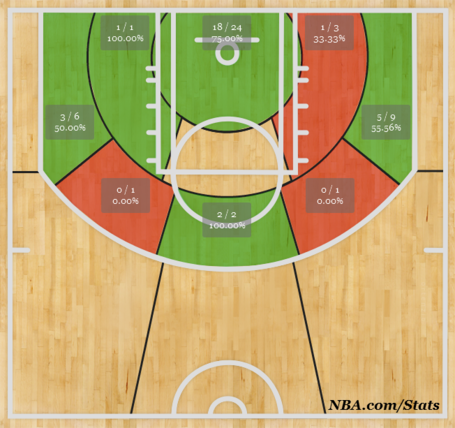 Better yet, after giving Roy Hibbert a crash course on Post Defense 101 (read about that here), you became the starter at center. Was it because of Greg Oden's injury? Perhaps. But game by game, you've been making it harder for Spoelstra to remove you from the lineup.

Your demotion took a lot of minutes off your battle-worn body and maybe that's what's revitalized you. It has done the same for Rashard Lewis and recently Shane Battier (who went 2-2 from downtown vs. New York after a few games off).

It felt like your best days were behind you following the season ending injury you suffered in 2010, but time and time again, you mustered enough to make an impact even though your post-injury numbers were a far cry from your prime. This season feels different however, because you honestly look like a new player after the rest, not one who has to dig deep for one big moment, but someone who can consistently provide Miami with the edge it needs on both ends of the floor.

O Captain! My Captain! Accept this foolish zealot's apology one last time and continue to make this city proud to call you it's native son.