Games of Future Past: How LeBron might have saved the day in Game 2

On Friday, Fox Pictures releases their latest installment in the comic-book mutant movie franchise with, “X-Men: Days of Future Past.” As previews have indicated, the character of Wolverine must leap back in time to somehow prevent the end of mutantkind and subsequent societal collapse. We look back at Miami’s Game 2 performance and wonder…could some future intervention have had an effect on the outcome?

Share All sharing options for: Games of Future Past: How LeBron might have saved the day in Game 2

The scene begins with a city in ruins. Rubble lies strewn about the cracked, ancient streets where people used to walk freely about. The only things that stand now are the skeletons of skyscrapers, shattered windows along the top floors staring out over the desolation like hollow, ever-vigilant eyes.

From out of the shadows of an alley, a man emerges.

He looks about the ruins, clinging to the darkness, and makes his way past the empty parking garages and palm trees that jut out, naked and out of place, amidst the landscape of debris. He crosses Biscayne Boulevard and a faint memory of a parade momentarily distracts him.

He brushes away the thought, and narrows his focus on the decaying husk of the AmericanAirlines Arena.

"It's now or never," he says to himself.

With a final burst of speed, he races to the nearest entrance past a defaced statue of Burnie. As the man walks through the musty halls, he looks up and sees a picture of a young LeBron James with a look of childlike joy as he holds on to the first of several championship trophies. This is where the Heat used to display the replicas of their trophies but the case is mostly shattered.

In the largest fragment of glass, the man pauses for a moment to notice his reflection. There's much more white mixed into the color and no headband to cover a hairline that has all but vanished; otherwise, there isn't much difference in this current version of LeBron.

Except the eyes, which now exist between a state of both deep sadness and wisdom. He's now over 40 years old but he has witnessed enough death and carnage to last several lifetimes. 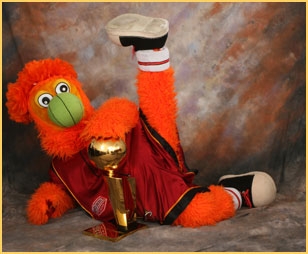 James stands in the center court of the Heat's former practice floor, still familiar to him after all these years. He breathes deeply and smiles, imagining he can still smell the wax and hear the familiar squeaking of over-priced Vietnamese shoes. The hardwood is now splintered and warped but even outlawing basketball in 2020 can't erase decades-old memories of basketball dominance.

Wade, a shell of his former self, sits comfortably in a wheelchair of his own design.

"Yeah, man," says Wade. "I call it the ‘Professor W'. Check out this fabric, imported from Egypt - 100% dried out camel esophagus. I picked the colors myself and everything. Y'know, just ‘cause I can't walk don't mean I can't still be active in the design process. In fact..."

"Can you two cut the shit?" says the third man, running his multi-ringed fingers through his still slicked back hair.

Pat Riley, still looking regal in the middle of such catastrophe, straightens his jacket and walks confidently toward LeBron. "I see you got my message."

"It might be crazy, but it's the only chance we have."

James has started chewing his nails but stops abruptly, and yells, "Hey, man! Don't put that shit on me! What happened...everything...that ain't my fault!"

"Maybe not entirely, LeBron," answers Riley, "but you were certainly the catalyst. It all started on May 20. The night we lost Game 2 to the Pacers following the NBA Draft Lottery."

LeBron starts to react violently, a look of exasperation on his face much like complaining against an unfair foul call. "Man, that can't be what started it! It just can't be, Riles!"

Riley sets his jaw, runs his hand from the edge of his chin down along his neck, and stares intently at James. "But you know it is. I've never lied to you, ‘Bron. And I'm not about to start now."

Just as James looks ready to start his argument again, he casts his eyes downward, exhales deeply and mutters,"Tell me your plan." 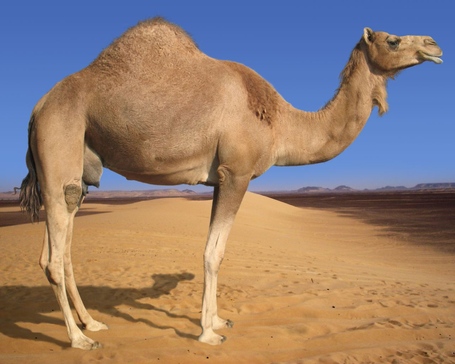 "Like Riles said," begins Wade, "it all began on the day we lost to the Pacers. You remember? You played terrible - finished with only 10 points. You didn't even play the end of the game and then we got swept out of the playoffs. In the summer, you opted out of your contract..."

James has started chewing his nails again but waves his other hand at Wade's wheelchair and yells, "Can you blame me? You were falling apart, D."

"And you were supposed to keep us together!" yells Riley.

LeBron is taken aback by the intense emotion. He looks down at floor, speechless.

"Yeah, well, whatever, " Wade continues. "So we lost, you left and you re-signed with Cleveland. People thought that with the Cavs getting the first pick in the draft, you tanked Game 2 on purpose and you wound up leaving Miami. But when people started suggesting that the NBA had rigged the lottery and combined it with the theory that you quit on the Heat, it broke the whole Internet. Forever."

James clears his throat, and says, "Yeah, man. I was there, remember."

"But the real chaos," Riley adds, "is when the theories proved right. David Stern couldn't stand how Adam Silver was coming across as this ‘white knight' with the whole Donald Sterling fiasco. So, he blew the lid on the whole conspiracy. Lead-based paints used for the logos to magnetize those goddamn Ping-Pong balls. Ewing to the Knicks. The Orlando Magic. You to Cleveland. The whole thing was a lie and now everybody knew it."

The silence was deafening, awkward. It had been so long since the pandemonium of the last few years had been spoken about in anything but hushed whispers.

"It was only a matter of time before the whole system collapsed. Without the Internet, hundreds of bloggers started preaching in the middle of shopping malls, schools, airports...wherever people would listen. It was a madhouse. Gangs formed in every major city, led by conspiracy theorists without any other way of spreading their gibberish. Soon, Stern was able to swoop in on an anti-basketball platform and became President of the United States."

And now LeBron spoke, "The game that had been so good to him, made him millions, and he made it illegal."

"Yeah, and then that's when a lot of the guys in the league just went crazy," added Wade. "You and me, we had our rings and we were set. I had my clothing line and you were, like, in 10 movies that summer. But the others still wanted to play. They formed those underground Death Leagues all over the place."

"Man, I still can't believe he tuned cannibal like that, selling human flesh in his Subway restaurants...that is messed up. But that does sound like something UD would do, though."

Wade looks at Riley, nodding, and then says, "You have to go back in time."

"Well, he actually did it last year. Figured out a way for a person to go back into an earlier version of themselves. You need to go back..."

Riley approaches James, puts his hands on the still-massive shoulders and says, "Son, I know the temptation to go back and fix things in Cleveland was always weighing on you. And the chance to play with Kyrie and that Wiggins kid was too much...you wanted to give the Cavs fans a ring. I get that. But, this world we live in...that's not the way you want it to be, is it?

"So go back to Game 2, LeBron. Play aggressively in that fourth quarter and take the game over. See if you can win a third-straight title in Miami. It could make all the difference in the world."

James seemed to be taking it all in, every tragedy of the last few years, and then finally answered, "I'm in."

(Author's note: LeBron James went on to score 12 of his 22 points in the fourth quarter. He played excellent defense, attacked the rim with impunity and found his teammates, including Wade, open with pinpoint passes. The events of the summer of 2014 may still have long-term consequences but, at least for one night, the conspiracies have been put to rest...or have they????)