Anonymous source tips off HHH on identity of "mystery" player.

Late last night, grainy photos of what appeared to be Miami Heat president Pat Riley and coach Erik Spoelstra at a restaurant appeared online raising the question of which NBA player they were wooing next. 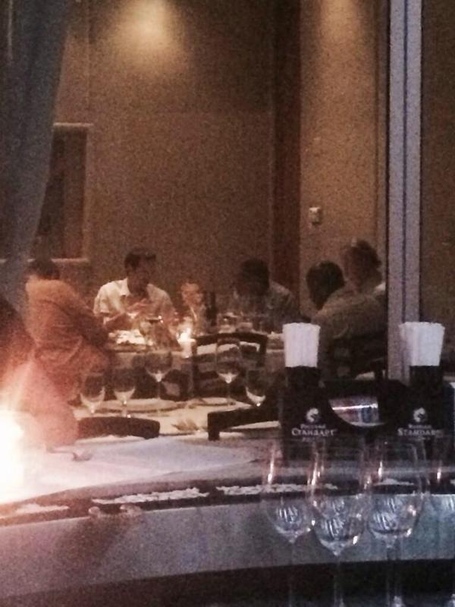 Was it Eric Bledsoe? No, not exactly. Thanks to an anonymous tipper who found this image on Instagram, Heat team officials were actually celebrating the signing of their newest starting small forward Luol Deng.

Heat general manager Andy Elisburg was also present, and has been instrumental in helping acquire top talent and accommodate them in a complex salary cap situation thrown for a loop with Friday's news.

All smiles from the whole party, with the future for the franchise looking much brighter since the Big Departure.